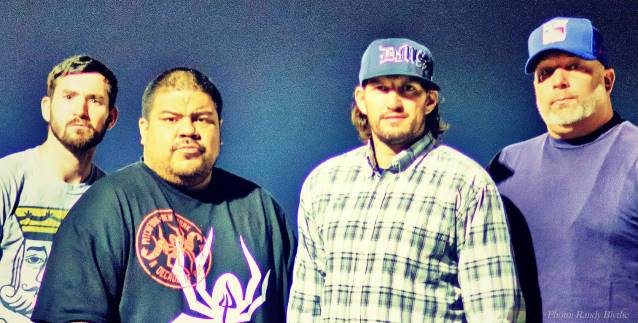 The official trailer for "Hardcore Lives", the ninth studio album from New York hardcore veterans MADBALL, can be seen below. Due on June 27 via Nuclear Blast, the CD was tracked and engineered by UNEARTH guitarist Ken Susi and mixed and mastered by longtime collaborator Chris "Zeuss" Harris (HATEBREED, AGNOSTIC FRONT, SOULFLY, TERROR, WHITECHAPEL). Official promo photos were taken by LAMB OF GOD's very own Randall D. Blythe.

"Hardcore Lives" will be available as limited-edition digipak and on black vinyl, both including two additional bonus tracks: "The Beast", which also appeared on 2012's EP "Rebellion", and "Spit On Your Grave", from 1994's landmark release "Set It Off". Both tracks have been exclusively re-recorded for the inclusion on "Hardcore Lives". The album will also include guest appearances by some of hardcore's most notable singers: Scott Vogel (TERROR),Toby Morse (H20) and Candace Puopolo (formerly Kucsulain, WALLS OF JERICHO).

The official lyric video for the song "DNA" can be seen below.

MADBALL has embarked on the fifth installment of the band's renowned Rebellion tour with BIOHAZARD, DEVIL IN ME, WISDOM IN CHAINS and FINAL PRAYER.