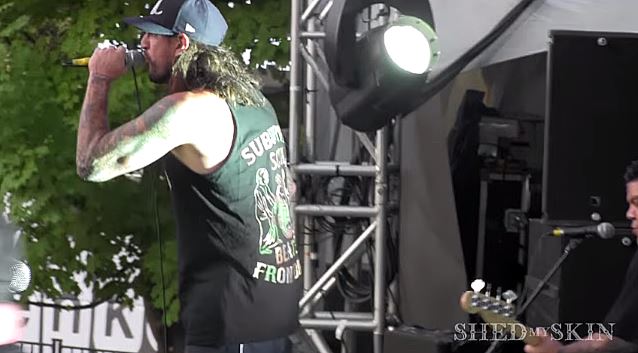 Shed My Skin TV has uploaded video footage of MADBALL's August 9 performance at the Heavy Montreal festival in Montreal, Quebec, Canada. Check it out below.

"Hardcore Lives" was made available as a limited-edition digipak and on black vinyl, both including two additional bonus tracks: "The Beast", which also appeared on 2012's EP "Rebellion", and "Spit On Your Grave", from 1994's landmark release "Set It Off". Both tracks have been exclusively re-recorded for the inclusion on "Hardcore Lives". The album also includes guest appearances by some of hardcore's most notable singers: Scott Vogel (TERROR),Toby Morse (H20) and Candace Puopolo (formerly Kucsulain, WALLS OF JERICHO).