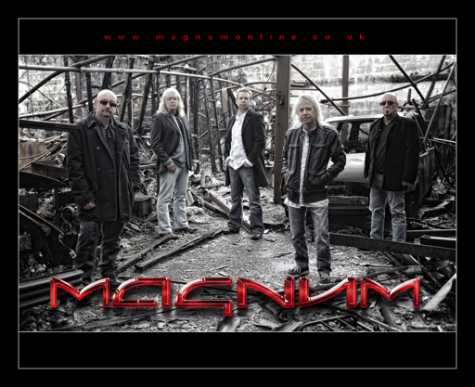 British melodic rock legends MAGNUM are putting the finishing touches on their new album, "On The 13th Day", for a September 25 release (one day earlier internationally) through SPV/Steamhammer. A single, "So Let It Rain", will precede the full-length effort at the end of August.

"On The 13th Day" will be made available as a limited-edition digipak with a bonus CD featuring previously unreleased, acoustic and live tracks from the MAGNUM vaults; a double gatefold LP version with colored vinyl; standard edition; and as a digital download. The cover will be created once more by famous fantasy artist Rodney Matthews (ASIA, NAZARETH, ELOY).

A new video message from MAGNUM singer Bob Catley in which he reveals more details about the upcoming album can be seen below.

MAGNUM will embark on a full European tour in late October.