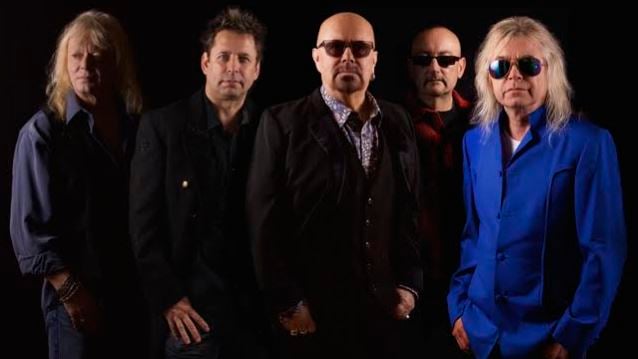 British melodic rock icons MAGNUM will release their new album, "Sacred Blood 'Divine' Lies", on February 26 via Steamhammer/SPV as a digipak version (including a DVD),2LP colored version, CD and as a digital download.

A teaser for "Sacred Blood 'Divine' Lies", featuring the song "Don`t Grow Up", is available below.

For a musician like Tony Clarkin who composes constantly, viewing and selecting the material he has written is always one of the most significant moments during the creation process of a new MAGNUM album. On the one hand, it's a luxury to have the opportunity to separate the wheat from the chaff and to be in a position to use only the strongest numbers. On the other hand, it's also a difficult process, because after all the creator of those songs has grown fond of every single one of them. "I usually start composing for our next album immediately after the release of the previous one," Clarkin explains. "When 'Escape From The Shadow Garden' arrived at the stores in March 2014, my thoughts had already turned to our next recording." Clarkin wrote 25 new songs during the subsequent months, the most promising 13 of which were selected for "Sacred Blood 'Divine' Lies". Ten of those tracks made it onto the new album, the other three onto the included bonus CD. "It would have been too much of a shame to disregard them," Clarkin reckons, "particularly since our fans want to know after every release what happened to the rest of the material. This time they're getting it in addition to the album tracks."

The ten numbers on the regular album present MAGNUM from their most rocking side again. The epicentre of this soundquake features, along with frontman Bob Catley's charismatic voice, Clarkin's awesome riff and lead guitar which provides the all-important substructure to the songs. Courtesy of his driving style, "Sacred Blood 'Divine' Lies" counts without a doubt among the group's most dynamic releases. Clarkin: "I've always been into rock numbers. But it isn't necessarily that easy to write really good rock material. It's much more simple to compose a ballad. But that dynamic pace suits MAGNUM perfectly."

Clarkin is referring mainly to the title track and opener of the new album. "I feel that Bob delivered it really well," Clarkin praises his vocalist Bob Catley. "As far as I am concerned, 'Sacred Blood 'Divine' Lies' is definitely likely to join the ranks of great MAGNUM classics." So it comes as no surprise that "Sacred Blood 'Divine' Lies" with its significant message became the album title.

Of course, there are more highlights on this thoroughly powerful recording. Clarkin was inspired to write the anthemnic "Gypsy Queen" at a concert in St. Petersburg, a city which deeply impressed him with its unique atmosphere. By no means less memorable is "Your Dreams Won't Die", which is based on a piano chord sequence and could lead you to believe that MAGNUM have put to music their own band philosophy. "To me, the title and lyrics have an almost religious depth," says Clarkin. "There's a saying that somebody is not forgotten if their name is remembered." A successful rock group like MAGNUM should be entitled to eternal renown, shouldn't it? Says Clarkin: "You want my honest opinion? I don't think that far ahead, but of course it's a nice notion that this band may always be remembered because so many people love our music."

And last but not least: "Sacred Blood 'Divine' Lies" closes with a song which surprised even Clarkin. "I liked the general sound of 'Don't Cry Baby' from the start," he remarks. "Although I initially didn't have a lyric, the melody kept going through my head, as well as the chorus with acoustic and e-guitars plus piano. We even kept the drums from the demo version because our drummer Harry James liked them so much. He said: 'I love it the way it is. We shouldn't change a thing about it.'" 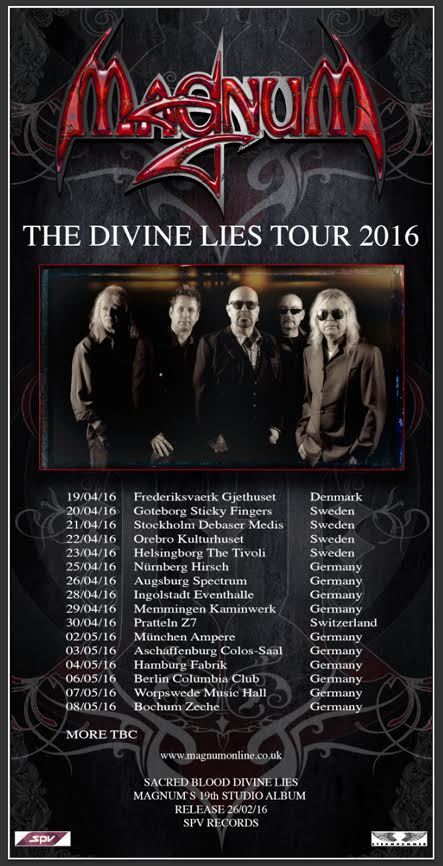 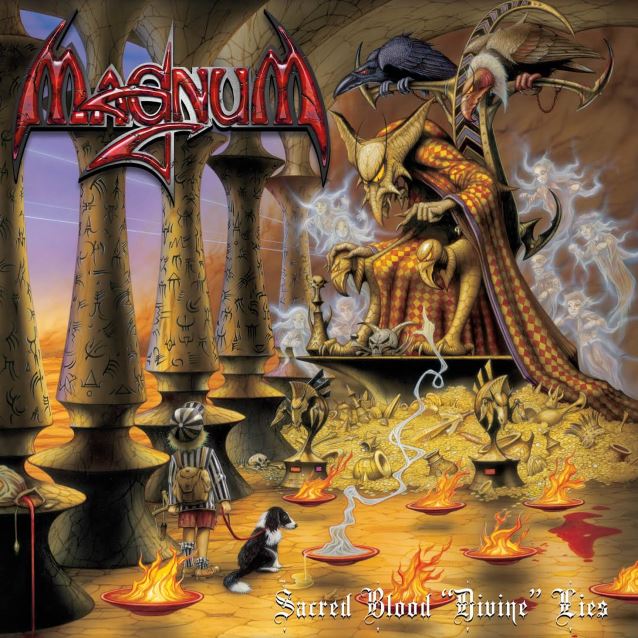