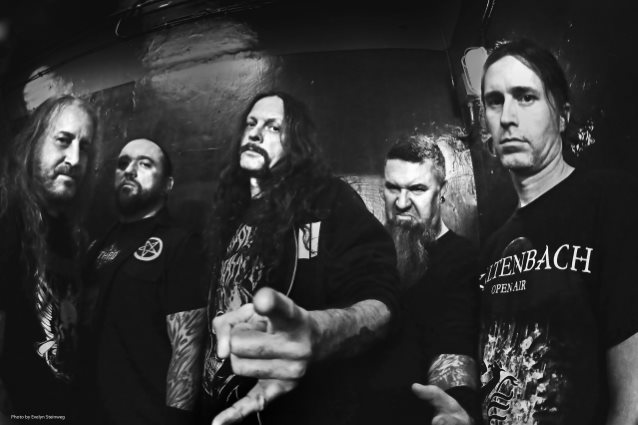 MALEVOLENT CREATION will return to the road in the U.S. for the first time in five years this October. The veteran Florida death metal outfit is supporting its latest album, "Dead Man's Path", and celebrating the 25th anniversary of its iconic debut record, "The Ten Commandments".

MALEVOLENT CREATION's tour starts on October 6 at The Masquerade in Atlanta, Georgia and ends three weeks later in New Orleans, Louisiana. Fans can expect to hear songs from "The Ten Commandments" and "Dead Man's Path", as well as select tracks from the band's vast discography. Joining MALEVOLENT CREATION on all dates are INCANTATION and SEEKER.

Lyrically, "Dead Man's Path" is commentary on our own brutal reality. Written by and through the lens of singer Bret Hoffmann, the lyrics on MALEVOLENT CREATION's newest reflect mankind's relentless cruelty rather than valorize it. Songs like "Corporate Weaponry", "Extinction Personified" and "Blood Of The Fallen" aren't of legend or folklore — no zombies or mythology here. Rather, they're straight out of nightly newscasts or horrific stories from social media feeds. There's also a personal side to Hoffmann's cutthroat lines. "Bret writes about reality," MALEVOLENT CREATION guitarist and founding member Phil Fasciana says. "Whether it's about himself or what's happening in the world, it's always real. Bret's lyrics may always have a theme throughout each song that deals with death in one way or another, and it works for him and our music. I know he does write a bit about his own life experiences, which are probably things that piss him off in this world, and, again, it fits with the music perfectly. We never have to tell him what to write about or how to sing anything. We may have an idea or suggestion here and there, but for the most part, Bret just does his own thing." 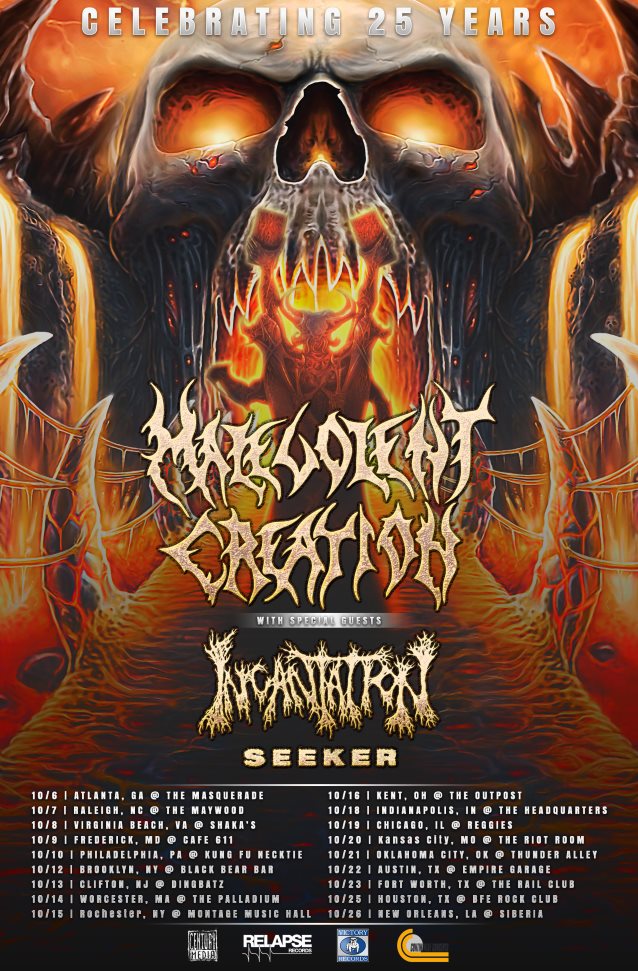