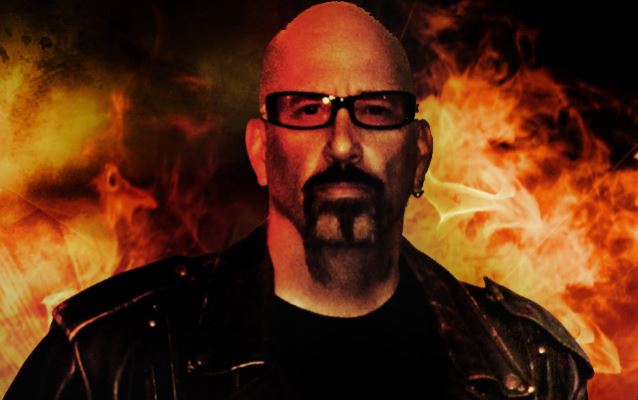 Michael Landauer (a.k.a. Mick Zane),one of the founding members of '80s metal masters MALICE, died earlier today. He was battling what he was told was an inoperable brain tumor and was said to be receiving the same new miracle drug that recently helped former president Jimmy Carter cure his brain cancer.

HELSTAR singer James Rivera, who played with Landauer in the last incarnation of MALICE, posted a touching tribute to the guitarist on Facebook, writing: "Well, I guess the year just couldn't come to end and not have death take away another friend, metal colleague too close to home once again. A bandmate, Mick Landauer, I actually recorded with and toured with on a professional level passed away this morning.

"We did the best we could, along with Mark Behn, Jay Reynolds, Pete Holmes, Robert Cardenas and Joe Floyd, with trying to revive the legendary MALICE and probably would have gotten even further with another release or two and who knows what we would be doing by now.

"In some sense, I am starting to become numb to such news like this, because it seems it's happening more and more for some odd reason. Or is it just the mere fact us legendary metal heroes who started in the '80s that are still marching on just have got to that age where the bolts and screws are slowly falling off?

"Either way, the numbness has worn off and the deep sorrow has hit like a ton of bricks and I'm trying to hold back the tears as best as I can to finish this.

"I just want to say to all of my metal colleagues I have worked with in the past and that still have your health even though we may not talk daily, weekly, monthly or even yearly, don't think for one moment I do not still love you and would be crushed to hear such news like this about any of you.

"The magic that was made even if it was for one album, show or shows develops a love that will never die. Family love!

"I will miss you, Mick, and my heart goes out to your lovely wife and children. Rest in peace, my brother, and I'll see you on the other side some day.

"'When the Winds of Death' blow on me but for now I guess I will have another 'Angel of light.'"

Since relocating with his friends and bandmates from Portland, Oregon to Hollywood, California in the early '80s to take MALICE to the next level, Mick had been a rock solid part of the Sunset Strip metal scene.

MALICE's latest album, "New Breed Of Godz", was released in May 2012 through SPV/Steamhammer.

The band's two Atlantic releases — "In the Beginning" (1985) and "License to Kill" (1986) — are available Stateside on WEA label Wounded Bird and have continued to sell over the years. 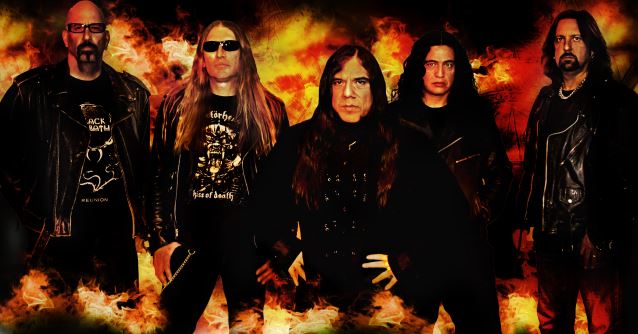