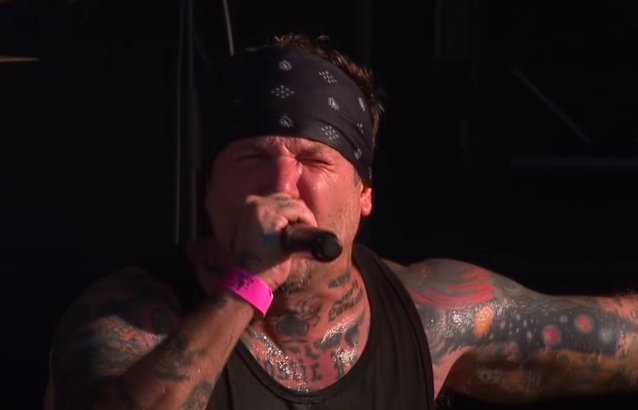 A man who was seriously injured by a stage diver at a 2017 punk rock concert has scored a $2 million settlement.

According to the New York Post, 46-year-old Jason Kooken was temporarily paralyzed after another concertgoer landed on his head at the end of a set by special guests AGNOSTIC FRONT (featuring Mark Ryan of SUPERTOUCH on guest vocals since Roger Miret couldn't make the gig).

"This individual walked right past security, climbed on the stage, pointed and then corkscrewed his body over the band's lead singer, flipping directly onto Mr. Kooken's head," Kooken's attorney Mark Morrissaid in a statement. He immediately fell to the ground and lost feeling in his extremities. You can see the stage diver jumping into the crowd at the end of the video below.

In March 2019, Kooken sued Asbury Audio, Inc., which organized and produced the April 2, 2017 "Doing It For Dave" benefit concert, claiming the company was negligent in allowing stage diving to happen. The company eventually settled for $2 million, the maximum amount allowed by their insurance company.

"People who go to concerts should not have to worry about someone landing on their head," Morris said. "It is important concert venues and promoters develop comprehensive safety plans and hire competent security people that don't let this kind of thing happen. We hope by achieving this result, we can prevent this kind of thing from happening to others in the future."

"Doing It For Dave" featured performances by more than 20 bands — including LEEWAY, H20, MURPHY'S LAW and SHEER TERROR — in memory of the late Dave Franklin. Franklin, the lead singer of the seminal Jersey hardcore punk band VISION, died in January 2017 at the age of 47.

Funds raised at "Doing It For Dave" benefited the North Shore Animal League and Rock to the Future, a non-profit that provides music education to underserved youth in the greater Camden and Philadelphia area. 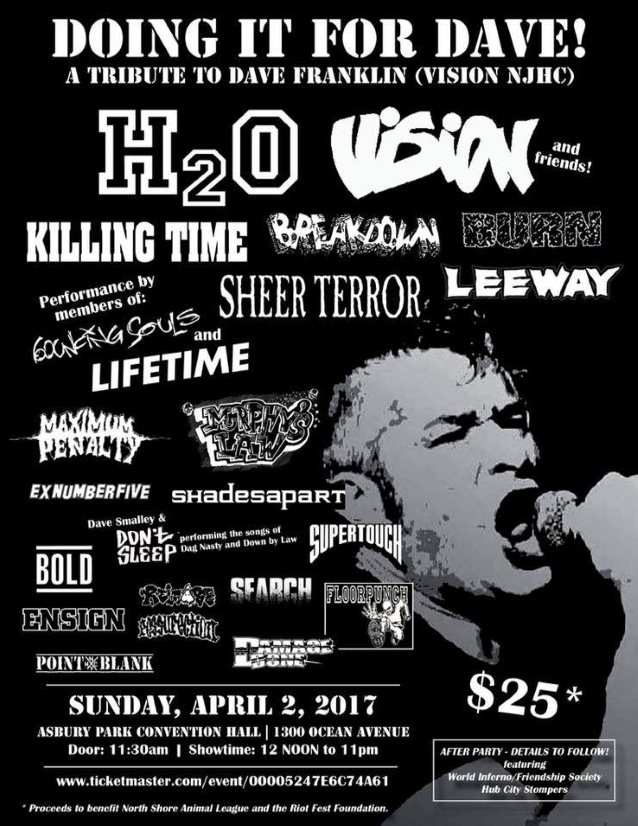