According to the San Bernardino Sun, promoter Live Nation has been sued by a man who claims he suffered severe burns in a bonfire started by other fans during IRON MAIDEN concert in San Bernardino, California this past summer.

Mario Esteban Barron, 47, alleges in his Los Angeles Superior Court lawsuit that the July 1 incident occurred when he attempted to "walk around" a mosh pit that had been formed around a bonfire and ended up getting "knocked into the flames by the mosh pit."

After he was assisted by other fans as "the skin on his legs peeled off," Barron was helped at a first-aid station at the entrance of the amphitheater before he was transported by ambulance to a hospital, according to the lawsuit.

Barron says that the skin grafts he received became infected, almost forcing him to have both legs amputated. He is seeking unspecified damages.

MAIDEN's San Bernardino concert was part of the band's "The Book Of Souls" world tour, which kicked off in early 2016.

"The Book Of Souls" is MAIDEN's first ever double studio album and their most successful chart-wise to date, debuting at the No. 1 spot in over forty countries around the world and No. 4 in the U.S.A. 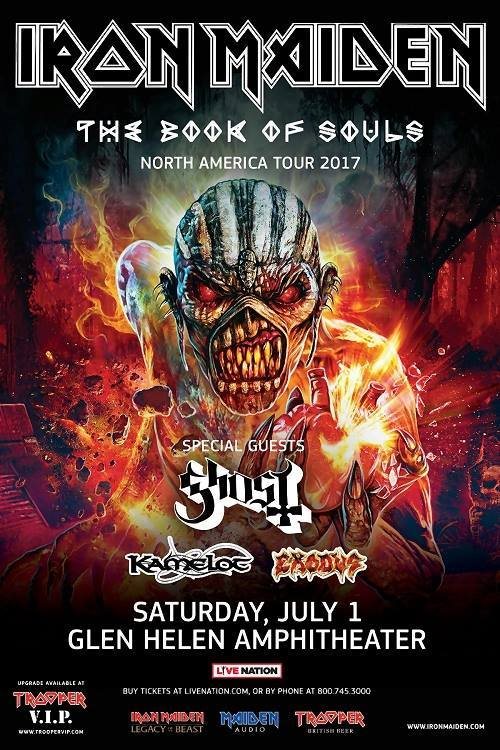