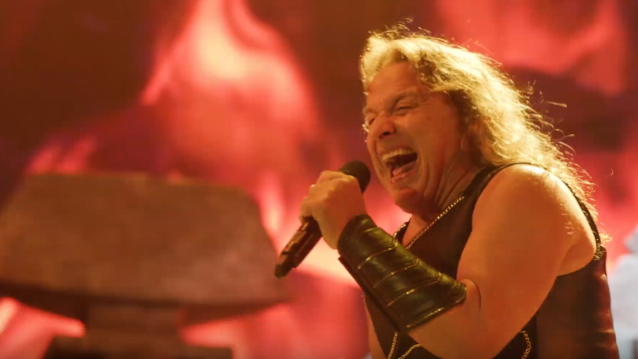 On March 14, 2020, MANOWAR played its long-awaited first-ever concert in Mexico, headlining the Hell & Heaven Metal Fest in Mexico City. This historic event was recorded in highest definition, with over 15 8K and 4K cameras, a drone and immersive audio setup. The resulting footage will soon be released on Blu-ray, DVD and digital platforms under the title "Hell On Earth VI" (formerly "The Final Battle"). The latest trailer for the set is available below.