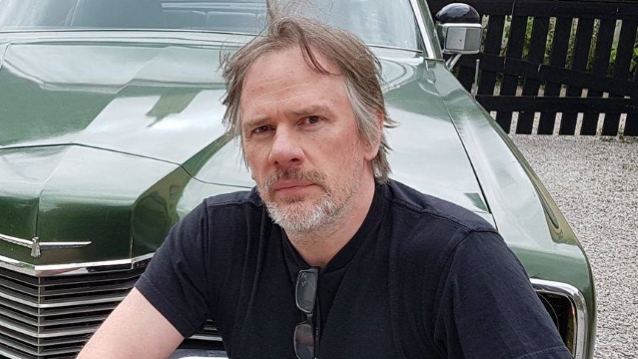 MANOWAR has recruited Anders Johansson as the band's new drummer.

The Swedish musician made his live debut with MANOWAR on March 25 in Brno, Czech Republic.

Johansson can be heard on MANOWAR's new EP, "The Final Battle I", which will be made available on Friday, March 29 in an exclusive pre-sale at the merchandise booth of the band's "The Final Battle World Tour 2019".

The initial instalment in a trilogy of EPs will be released to retail and online stores on May 30 and digitally on Amazon and Google Play.

In an interview with Lords Of Metal, Anders named Simon Phillips, Deen Castronovo and Virgil Donati as "great players" whom he admires, but he added that there "are not really particular metal drummers I like. Of course, there are also good drummers in this scene, but many of them are better at the athletic part of drumming — you know, very fast, thousand-beats-a-second kind of guys. It is not music anymore. I miss the groove. It's more like they are doing sports. But still it's very impressive."

Johansson left HAMMERFALL in 2014 after the release of the band's "(r)Evolution" album. Guitarist Oscar Dronjak later described Anders's exit as "a huge shock and a huge disappointment because he didn't say anything to us. He didn't even notify us when it happened. We found out from our booking agency, actually… It's a typical Anders way of doing things, and it felt weird. It was the end of the relationship. It felt like being dumped by your girlfriend after 15 years without her telling you why, basically. To this day, I still don't know why it happened, because I haven't spoken to him."