MARILYN MANSON: Classic And Previously Unpublished Images From PEROU To Be Made Available In '21 Years In Hell' Book

"21 Years In Hell", a collection of classic and previously unpublished images of Marilyn Manson by his foremost portraitist, will be made available in June.

British photographer Perou has been photographing Manson for 21 years. This collaboration began in 1998 with a magazine cover shoot and has seen him become Manson's principal photographer. The result is in this truly unique book, featuring over 350 photographs — many previously unpublished — including conceptual portraits, informal behind-the-scenes pictures and onstage images that give a rare insight into the world of Marilyn Manson.

Published by Reel Art Press, "21 Years In Hell" reads as a visual journey of the pair's individual and collaborative histories. As Perou writes: "A collection of fragments in no specific order; as confused as I have been for much of my time in Marilyn Manson's company. Some visual clues that I use to remember where I've been and what I was doing." Transcripts of conversations between them reveal an intimate bond that has endured the highs and lows of their long-standing professional and personal relationship. Funny, honest, warm and at times raw, this personal reflection is a wonderful portrait of both Manson and Perou's work tells of Manson's deep appreciation of all artistic forms of expression.

"21 Years In Hell" follows Manson and Perou on the musician's world tours, on shoots across the globe from Moscow to Berlin, nightclubs in London and at Manson's home above a liquor store on Santa Monica Blvd. As the pair piece together the last two decades, they cover everything from guns, baked beans, family, religion, Columbine.

"The last 21 years, dipping in and out of Marilyn Manson's stratosphere, have been a blur: people, events and places coming in and out of focus," Perou says. "The early years more disorientating than those that followed."

Perou is the only photographer Manson has ever really trusted, which emanates through the photographs in "21 Years In Hell". The visual artistry of both Manson's and Perou's illustrious careers is celebrated in the book, which also uncovers the inspirations and influences behind Manson's image and theatrics that include David Bowie, Andy Warhol and David Lynch. It also shows a warmth behind the antihero's image, and a vulnerability which arose from situations in which he found himself at the centre of controversy. Poetic and intelligent, Manson reflects on the authoritarian reactions to his iconoclastic performances with: "Unless you want to say that music is so powerful that it could affect the world in such a way that musicians should be in charge, they should be the politicians in the world. If you're putting that much blame on art, you should also give it that much credit."

Perou is one of the world's leading portrait photographers. He has worked with many famous bands, artists and personalities, such as Al Gore, Gillian Anderson, David Attenborough, LED ZEPPELIN, COLDPLAY, Damien Hirst, David Beckham, Jay-Z, Missy Elliott, THE SPICE GIRLS, Tracey Emin and U2. 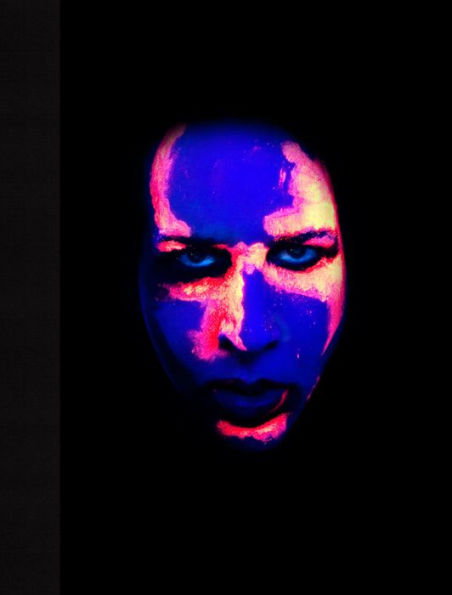