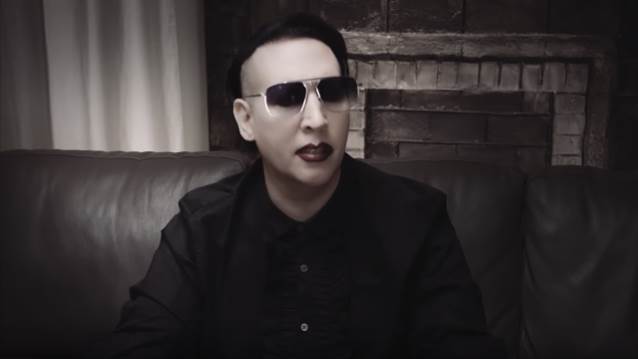 Marilyn Manson's cover version of Gerard McMahon's "Cry Little Sister", which is best known as the theme to the 1987 cult classic "The Lost Boys", has just been released and can be streamed below. The shock rocker recorded the song for the soundtrack of the forthcoming X-Men movie "The New Mutants", which is due in August 2019.

Manson has reportedly already filmed a video for his version of "Cry Little Sister" with director Bill Yukich. The singer teased the clip on Instagram in May, describing it as "a supernatural experience."

Over the years, Manson has released a number of covers, including his versions of the EURYTHMICS' "Sweet Dreams (Are Made of This)", SOFT CELL's "Tainted Love" and DEPECHE MODE's "Personal Jesus".

Marilyn Manson and Rob Zombie will join forces for the "Twins of Evil - The Second Coming" tour this sumer. The 29-date North American trek will kick off in Detroit on July 11.