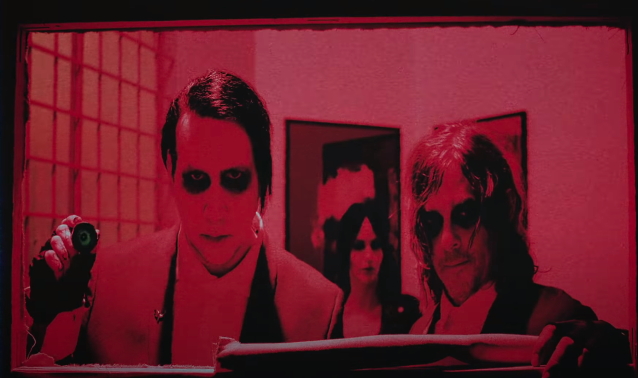 Marilyn Manson's music video for the song "Don't Chase The Dead" can be seen below. The clip stars Manson alongside Norman Reedus, who plays Daryl Dixon on "The Walking Dead".

"Don't Chase The Dead" is taken from Manson's eleventh studio album, "We Are Chaos", which was released on September 11 via Loma Vista Recordings. Produced by Grammy Award winner Shooter Jennings (Brandi Carlile, Tanya Tucker) and Manson, the ten-track opus was written, recorded, and finished before a pandemic blanketed us all.

Manson said of the album: "When I listen to 'We Are Chaos' now, it seems like just yesterday or as if the world repeated itself, as it always does, making the title track and the stories seem as if we wrote them today. This was recorded to its completion without anyone hearing it until it was finished. There is most definitely a side A and side B in the traditional sense. But just like an LP, it is a flat circle and it's up to the listener to put the last piece of the puzzle into the picture of songs.