The official NSFW (not-safe-for-work) video for Marilyn Manson's new single, "We Know Where You Fucking Live", can be seen below. The song is taken from Manson's new album, "Heaven Upside Down", which will be released on October 6. On the disc, he reunites with producer and film composer Tyler Bates following an epic collaboration on Manson's critically acclaimed 2015 release, "The Pale Emperor".

The shock rocker's tenth studio disc was originally supposed to be called "SAY10" and was expected to be released on Valentine's Day (February 1). However, that release date came and went without any sign of new Manson music, and in May, the 48-year-old singer announced that the LP had a new title.

When Loudwire asked Manson about the change of plans, he revealed he wasn't happy with the album when Valentine's Day came around and subsequently wrote three new songs that ended up being some of the record's strongest.

"If the record came out when I intended it to, when I thought it was finished back in February, it would not have 'Revelation #12', 'Heaven Upside Down' or 'Saturnalia'. Those are three of the most key songs that really tell the story," Manson explained. "Those lyrics were all written, but I had not found a home for them. Those three songs take place in the three places where if it were a film, it's the opening, it's the middle and it's the ending. Then there's the song after 'Heaven Upside Down', it's sort of the end title credits where it's really surmising the story of the record, which is to be interpreted by the listener."

In November last year, Manson issued a brief teaser video for the track "SAY10" which saw him tear pages from the bible and focus on the bloodied body of a man in a suit — believed to represent then-Republican presidential candidate Donald Trump.

Manson revealed last September that his new album would be "the last thing people would expect after hearing 'The Pale Emperor'." He explained: "Coming from the people who I've played it to, it's a combination of 'Antichrist Superstar' and 'Mechanical Animals' in feeling."

Manson added: "It wasn't my intent to go backwards. Everything goes in a full circle and it just becomes, without cannibalizing work from the past, the same thing, which is ultimately you. I'm a little over-anxious to release it, so it was done very quickly, but it's by far the most thematic and over-complicated thing that I've done. In a way, it's deceptively delightful to strangers. It's like the old saying that the devil's greatest secret is that people don't believe he exists." 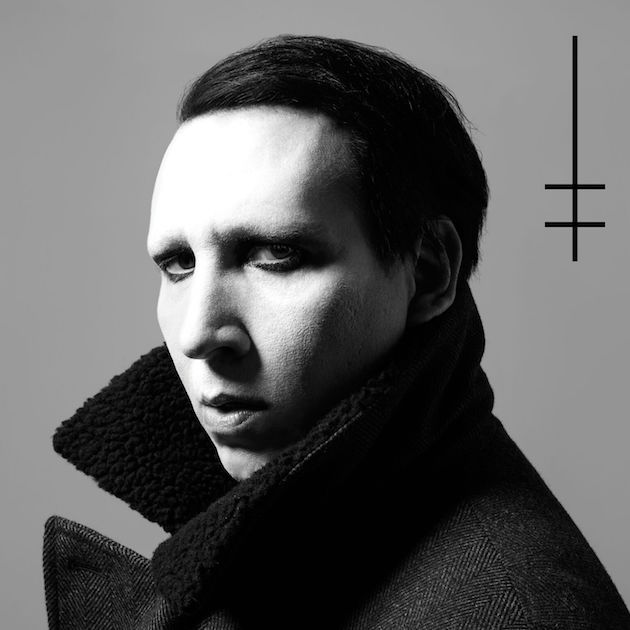