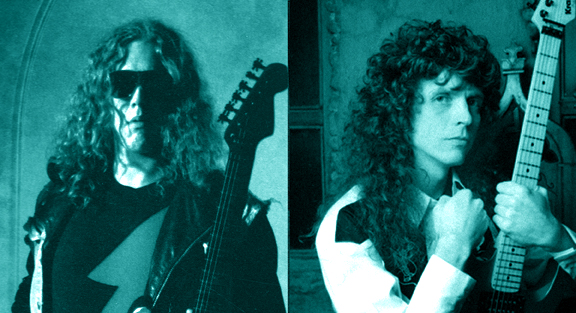 The official music video for "The Edge Of Sanity", the title track of the new album from SHELTON CHASTAIN, can be seen below.

SHELTON CHASTAIN is the collaboration between Mark "The Shark" Shelton, a founding member of the legendary epic metal band MANILLA ROAD, and David T. Chastain.

This past July, the heavy metal world was shocked by the unexpected death of Shelton. Mark was a musician with many projects and one of his last ones was the long-forgotten idea to release songs he did many years ago with Chastain.

Shelton and Chastain joined forces back in the late '80s to record a collection of songs that they planned to release at some point. Little did they ever envision that it would be 30 years later. While the audio quality may not be up to today's major-label studio standards, the musical quality of this demo is top notch. Mixing David's music and Mark's voice resulted in what can only be described as "classic metal for the ages."

Mark said: "David had contacted me after my band, MANILLA ROAD, had released the 'Out Of The Abyss' album with his label, Leviathan Records. He had these songs written musically but no vocal parts. He set me on the task of putting lyrics and melodies to the songs. I remember feeling very flattered and honored that he had thought of me for this endeavor.

"'Edge Of Sanity' is a song that is about a curse on a Pharaohs tomb. 'Fields of Sorrow' is about the effects of nuclear holocaust. 'Orpheus Descending' is the huge epic of these songs that was quite the challenge to write. Primarily because of the topic I chose. It is a musical retelling of the Greek tale of Orpheus going to Hades and trying to bring back his love from death with his magikal music.

"I personally have always thought that, even though these songs were demo recordings, all of them were maybe the heaviest stuff David had ever written. And I still think that his guitar work on these songs is some of the best he ever did. So I'm very pleased to see this music finally find the light of day and find its way to the ears of the public. I have always had high regard for David and his musical capabilities and it was and still is an honor to call this great musician friend. I hope you all enjoy this material as much as I do."

David added: "I have always been very impressed with Mark's intelligent lyrics, melodies and his unique and dynamic voice. Mark and myself really weren't worried about any sort of commercial success when we recorded this music and we were just having fun. I am not sure why we never went into a professional studio and recorded these songs other than maybe we didn't want the distraction from our main bands. We more or less just forgot about the music over time as we both wrote and recorded mountains of material over the years. There are a few mistakes here and there that I would like to fix but we no longer have the multi-track tapes to do so. So it is what it is, warts and all!"

No one remembers the exact completion date of the recordings. It may have been recorded over a couple of years as this was a side project; MANILLA ROAD and CHASTAIN were their main focus. However, it is agreed the project started in 1988.

David said: "I have always loved these songs and my band ZANISTER actually covered the track 'The Edge Of Sanity' back on our first album. All of these tracks are still cool to me. There are two versions of 'Orpheus Descending'. One is around 12 minutes and we have a long version that is over 20! Definitely the longest songs I have ever released. It was cool to record such epically long tracks and try to make them cohesive. Especially with two different versions! Mark's amazing epic lyrics tell the same story it is just the music that is expanded on the extended version. With Mark now gone, I will always think very highly of this music and I still marvel at his talent." 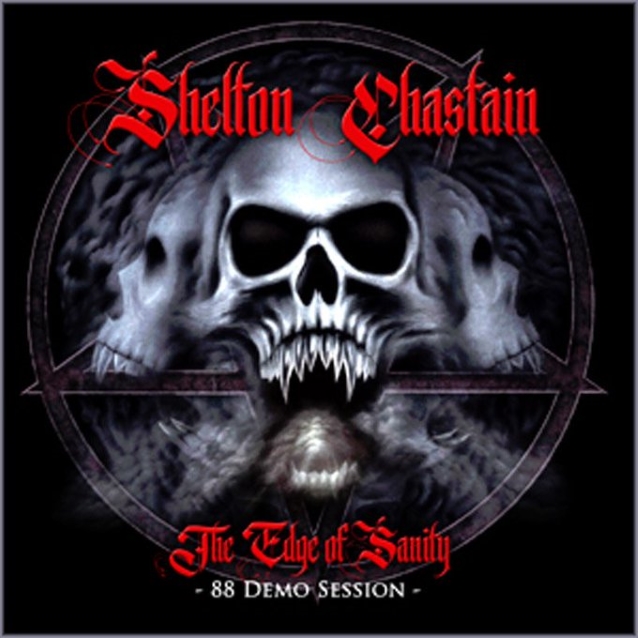