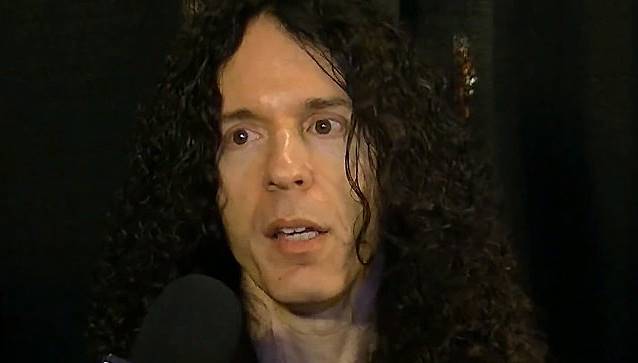 "Meat Hook", a brand new song from former MEGADETH guitarist Marty Friedman, can be streamed in the YouTube clip below. The track, a collaboration with "blackjazz" rebel Jørgen Munkeby (SHINING) on vocals and saxophone, is taken from Friedman's new solo album, "Inferno", which will be released in late May via Prosthetic Records (except in Japan, where the album will be made available through Universal Music).