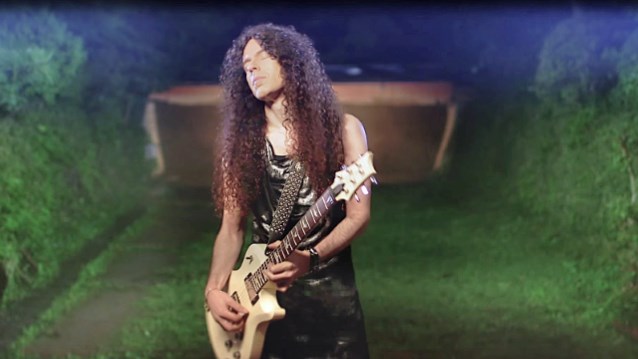 MARTY FRIEDMAN On Possibility Of Rejoining MEGADETH: 'I Have Never Said 'Never' To Anything In My Life'

Former MEGADETH guitarist Marty Friedman doesn't rule out the possibility of rejoining the band as the replacement for the recently departed Chris Broderick, explaining that he "never said 'never' to anything in [his] life."

Asked by Myglobalmind if he would consider going back to MEGADETH or if that chapter of his career is finally closed for him, Friedman said: "I don't really have an answer for you. I know that people would want to know. Honestly, I don't have an answer. I have never said 'never' to anything in my life, so who knows? I really don't know."

Only hours after drummer Shawn Drover announced his exit from MEGADETH on November 25 to "to pursue [his] own musical interests," Broderick revealed he also quit the legendary metal band, saying that he was leaving the group "due to artistic and musical differences."

Speaking about his decision to exit MEGADETH, Friedman told Wondering Sound last year: "I found myself touring with MEGADETH, and in my hotel room I'd be blasting this Japanese music all the time. What's wrong with this picture?"