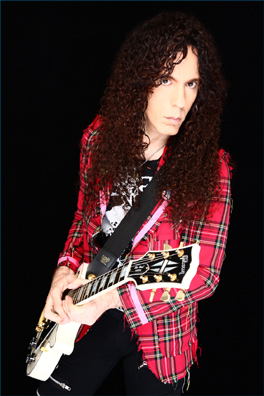 Former MEGADETH guitarist Marty Friedman has "banged out a solo" for the forthcoming solo album from ex-NEVERMORE guitarist Jeff Loomis, which is being recorded at Fastback Studios in Seattle, Washington. Friedman states, "[Jeff] is a monster player, and he played some real cool stuff on my 'Future Addict' CD."

Loomis entered the studio on August 23 to begin recording the follow-up to 2008's "Zero Order Phase", which will feature three or four tracks with vocals. Christine Rhoades, who previously collaborated with NEVERMORE on the "Dreaming Neon Black" CD, will sing on selected tracks and Shane Lentz will handle the bass. Aaron Smith (7 HORNS 7 EYES) is producing the effort.

Jeff was the lead guitar player and main songwriter of NEVERMORE, a band that has certainly made its mark on modern music by forging a unique sound that fuses different forms of metal that has given birth to an authentic and very influential style. His solo CD, "Zero Order Phase", took the #4 spot in a April 2009 Guitar World magazine's readers' poll in the "Best Shred Album Of The Year" category — a notable accomplishment when you consider the top three vote-getters, Paul Gilbert, Yngwie Malmsteen and Joe Satriani. Jeff has become one of his generation's most recognizable guitarists and the source of many of the last decade's best riffs.

Jeff's complex shredding has been a central part of the progressive power guitar scene since 1992 and is responsible for some of the most awe-inspiring riffs modern metal has ever heard. Nearly every aspiring musician who has been listening to metal for the past 10 years or so has undoubtedly had the pleasure of hearing Jeff Loomis' progressive and technically superior playing.