MASTERS OF METAL Feat. AGENT STEEL Members: 'From Worlds Beyond' Album Due In September

MASTERS OF METAL originally entered the studio last year to begin the recording process for "From Worlds Beyond", and just as the album was being finished in October, Versailles sustained a brain injury, which led to a coma.

With Versailles unable to perform, producer and friend Bill Metoyer, who has worked with stalwart names such as FATES WARNING, TROUBLE and GWAR, attentively stepped in to help complete the album and in the process also tracked the last song "Vengeance & Might", which features lead vocals by James Rivera (HELSTAR),along with HELSTAR guitarist Larry Barragan and ex-DARK EMPIRE guitarist Andrew Atwood.

Since his unfortunate accident, Versailles has made a miraculous recovery with the help of friends, family and fans.

MASTERS OF METAL co-founding guitarist Juan Garcia (AGENT STEEL, EVILDEAD),who recently returned from a successful European tour with BODY COUNT, comments: "The music on this new album captures the integrity, and dedication of the band. I think everyone involved raised the bar on songwriting, performance, execution, and brought their best to the table."

The "From Worlds Beyond" cover artwork was created by Gustavo Sazes (ARCH ENEMY, ANGRA, FIREWIND).

"From Worlds Beyond" track listing:

The first single, "Supremacy", can be previewed below. 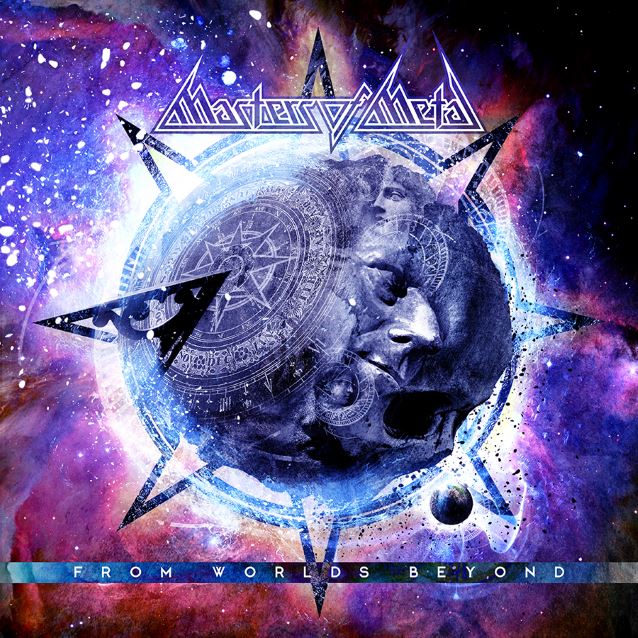