Atlanta progressive metallers MASTODON have extended their U.S. headline tour, starting on September 26 in Orlando, Florida at Hard Rock Live with continued support from EAGLES OF DEATH METAL and RUSSIAN CIRCLES. The tour also includes stops at several festivals, including the High Elevation in Denver, Colorado and Louder Than Life in Louisville, Kentucky.

A special BLABBERMOUTH.NET presale will begin on Wednesday, June 14 at 10:00 a.m. local time and end on Thursday, June 15 at 10:00 p.m. local time. When prompted, type in the presale code "SAND" to access tickets before the general public.

# indicates festival date. All other dates are headline shows
* without EAGLES OF DEATH METAL

MASTODON's seventh studio album, "Emperor Of Sand", which debuted at No. 7 on the Billboard 200 album chart, making it their third Top 10 album. The follow-up to 2014's "Once More 'Round The Sun" was recorded at The Quarry Recording Studio in Kennesaw, just outside MASTODON's hometown of Atlanta, with producer Brendan O'Brien (PEARL JAM, NEIL YOUNG, AC/DC, RAGE AGAINST THE MACHINE),who first worked with MASTODON on their seminal 2009 album "Crack The Skye"

"Emperor Of Sand" finds MASTODON returning to a deeply imaginative and complex conceptual storyline that ponders the nature of time. Threading together the myth of a man sentenced to death in a majestically malevolent desert, the band conjures the grains of a musical and lyrical odyssey slipping quickly through a cosmic hourglass.

"'Emperor of sand' is like the grim reaper," says drummer/vocalist Brann Dailor. "Sand represents time. If you or anyone you know has ever received a terminal diagnosis, the first thought is about time. Invariably, you ask, 'How much time is left?'"

"We're reflecting on mortality," adds bassist/vocalist Troy Sanders. "To that end, the album ties into our entire discography. It's 17 years in the making, but it's also a direct reaction to the last two years. We tend to draw inspiration from very real things in our lives." 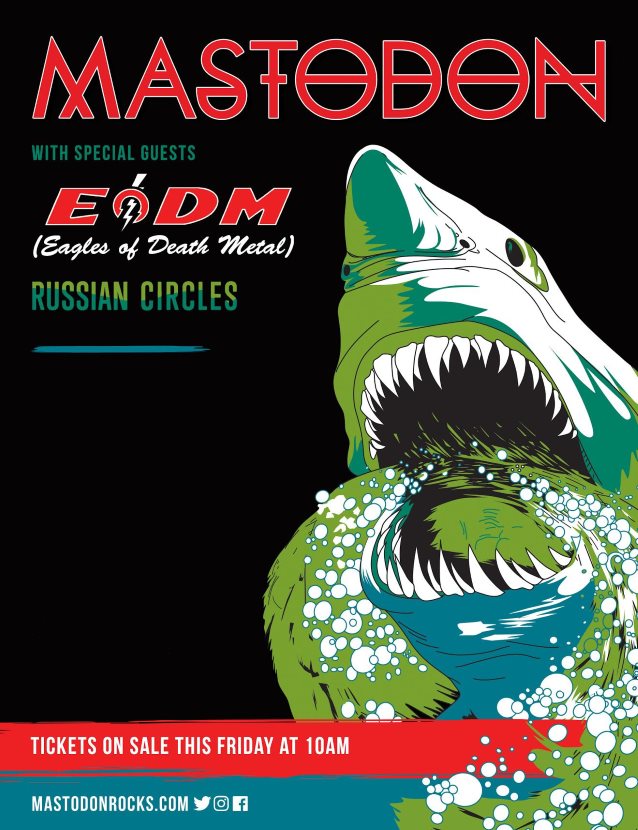