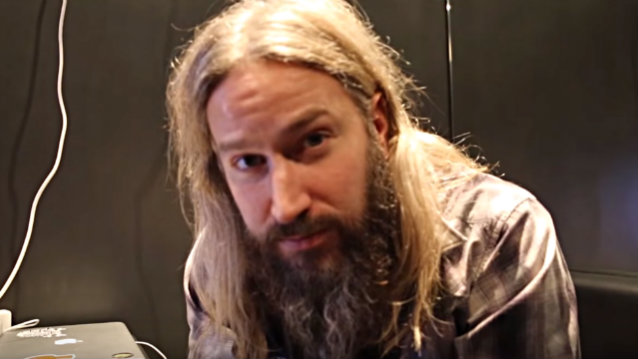 MASTODON's Troy Sanders spoke to the Atlanta Business Chronicle about the progress of the writing sessions for the follow-up to the band's 2014 album "Once More 'Round The Sun". He said: "We've been working on it for the bulk of this year. We kind of dedicated 2016 to writing a record. We go into the studio in October and plan to have a new record out and on the shelves in early 2017."

He continued: "We're going to record it in the Atlanta area, so we'll get to go home and sleep in our own beds at night. Basically, we are going to play [at the Project Pabst Atlanta festival on] October 1, then the next day we being recording and we will be holed up at an Atlanta studio for the month of October.

MASTODON guitarist Bill Kelliher recently told GuitarMania about the band's upcoming album: "I've already come up with eleven songs, which is probably about an hour's worth of music — like, finished, start to end. It'll change as everybody chimes in and takes the things I wrote and maybe changes them a little bit, or we might take parts out and write a new part."

Regarding what fans can expect to hear on MASTODON's next album, Bill said: "It's a little bit of the same as the last album, but I think it goes even deeper in certain areas — a couple of more psychedelic parts, a little more technical parts. There are a couple of new places we haven't gone before. So it's just kind of a continuation of the last record to me, but even deeper."

"Once More 'Round The Sun" sold around 34,000 copies in the United States in its first week of release to land at position No. 6 on The Billboard 200 chart. The record arrived in stores on June 24, 2014 via Reprise Records.