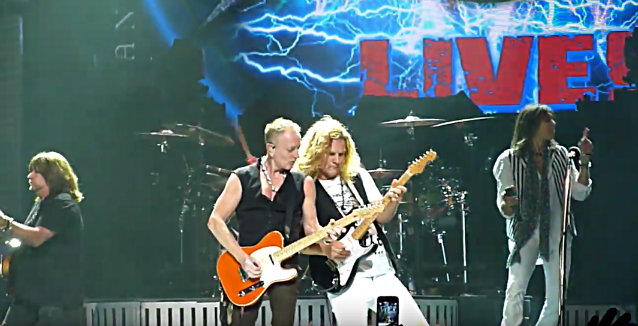 Phil Collen (DEF LEPPARD) joined TESLA on stage on September 30 at Matthew Knight Arena in Eugene, Oregon to perform the TESLA song he wrote and produced, "Save That Goodness". Fan-filmed video footage of his appearance can be seen below.

The studio version of "Save That Goodness" appears on "Mechanical Resonance Live!", a live recording of TESLA's classic album, which came out on August 26 via Tesla Electric Company Recordings/Mailboat. The record was released in conjunction with TESLA's summer tour opening up for DEF LEPPARD.

Regarding how he came to be involved in producing TESLA, Collen said: "Well, you know, I think they're such a great band. And last year, I'm going, 'You guys should be doing more.' From every level. And we kind of got a song together. It was actually originally kind of a DELTA DEEP [Phil's blues side project] thing. I thought this would be great with Jeff Keith singing on it. But here's the thing: Brian [Wheat, TESLA bassist] said, 'No, that's a TESLA song. Let's do it, you produce it.' And I said, 'Oh, okay.' So we went up, we recorded it. Come out amazing… It's actually the first song in TESLA's… since 30 years, that has been added to a playlist in England. So everyone's starting to freak out about this song."

TESLA drummer Troy Luccketta stated about "Save That Goodness": "I think it's one of the best tracks we've had in a long time. It can go right to radio. It's ready. It's perfect. It sounds like TESLA and just like TRAIN. It reminds me of, like, you know, TRAIN is in that equation. It's just got a great vibe. Great '70s classic rock, awesome contemporary modern feel and it works, man. I love it. I was listening to it, and I'm going, 'Man…' I'm just excited about truly what's going on." 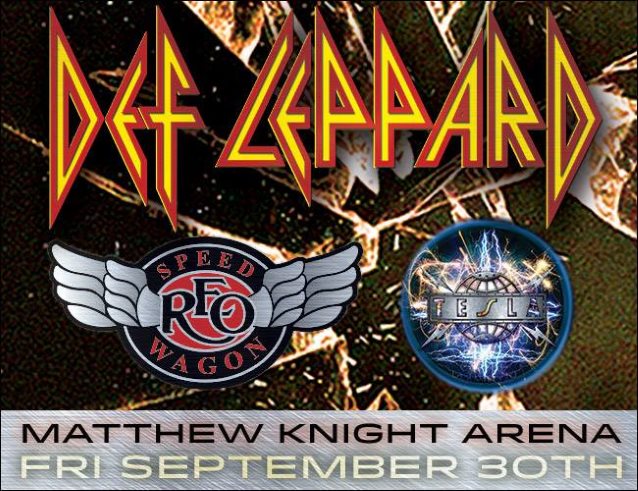