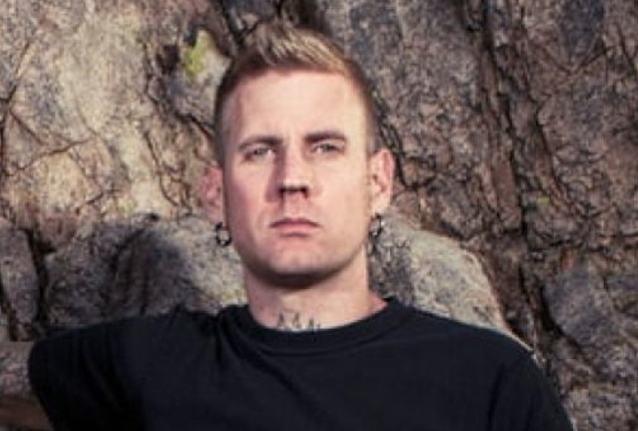 Dailor offered his views on America's 45th president while speaking to U.K.'s Rock Sound magazine about the uncomfortable complexities of the limbo COVID-19 has left artists in.

"Our fucking president is just the worst person," Brann said. "I remember being a kid and seeing Donald Trump on TV, on 'Lifestyles Of The Rich And Famous', being eight years old and going, 'That guy sucks. That guy's a dick. He doesn't care about anybody but himself. He's just a rich, spoiled brat.' And I knew that as a kid, you know what I mean? How could [anyone] think that guy cares about anybody but himself?"

Dailor's comments come just three months after his bandmate, MASTODON guitarist Bill Kelliher, called Trump an "orange shitstain" and "fucking scumbag" who is "a total racist." "It's unfathomable that we live in a country in 2020 and this fucker is still in charge. He's an idiot," Bill said.

Kelliher went on to say that he is "losing faith in the American people." He said: "I'm, like, 'Man, what is wrong with our country? Why is everybody so into this guy?' He's a fucking failed reality-show host. I hated him then."

According to Bill, the reason Trump's overall job approval rating still stands at more than 40% is the fact that "America is dumb — people are dumbed the fuck down so hard, especially compared to other countries. I travel all over the world and I just see how much better it is," he said.

"Believe me, I love my country, I love it here — it's just the people I can do without. [Laughs] Not everybody," he clarified. "The people I know and I associate with, we're all kind of on the same page.

"I'm sure me speaking like this, someone will be, like, 'America, love it or leave it.' No — you fucking leave it, man. You're the fucking idiot," he continued.

"The whole 'snowflake' argument about, 'Well, let's reverse abortion.' It's, like, no, abortion is legal, dude, in America. You're the one who's wrong if you're trying to reverse it. You're the fucking snowflake. You can't handle it. Get the fuck out. You don't want abortion? Then don't fucking have one — period. Stay the fuck out of my business."

MASTODON is currently working on material for the follow-up to 2017's "Emperor Of Sand" album for a tentative 2021 release.