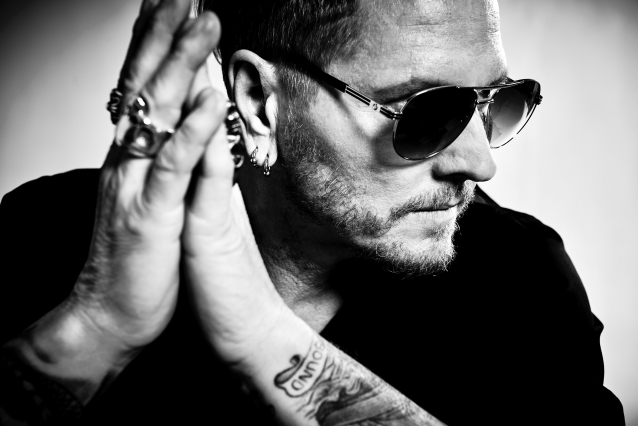 Matt Sorum, the Grammy-winning drummer of GUNS N' ROSES and VELVET REVOLVER, spoke to AXS TV about "Judgement Day", the new single and video from his all-star musical collective KINGS OF CHAOS. The track is a scorching rocker that was performed and co-written by Sorum and his VELVET REVOLVER bandmates Slash, Dave Kushner and Duff McKagan, and features the Rock And Roll Hall Of Famer on drums, as well as lead vocals.

"It's a rock and roll song that I wrote with some old bandmates of mine," Matt said (as transcribed by BLABBERMOUTH.NET). "It's been around for a little while. I wrote the lyrics and the melody based on sort of my life story.

"There was this movie that I loved when I was a kid. And it was called 'Vanishing Point'," he continued. "It actually came out in 1971 and it was about this car chase across the United States. But this DJ, played by Cleavon Little, kind of helps him along his way, as a DJ talking to his radio. And I thought that was so cool. The lyrics were initially written about cars and speed and the highway, for my love of car songs… But then I started thinking lyrically as a metaphor for judgment day, meaning you're racing through life and you're going through all this turbulence and craziness and stuff happens, but the end game and where you're headed to is basically we're all gonna die. I thought it came out really cool.

"So the Cleavon Little part, I said, 'It's gotta be Billy Gibbons,' 'cause I love Billy's voice. In the video, he's called Reverend Willy G and he kind of talks to me through the radio. And then I really love 'Natural Born Killers', the cinematography of that and the way they shot that. So it's got this sort of green sequence, nightmarish thing to it.

"This track was my old bandmates Slash and Duff and Dave Kushner from VELVET REVOLVER," Matt added. "And we had this song, and I've always loved this song. And the lyric and the vocal style behind it I kind of based on Lemmy. And the reason I say that is I was driving Lemmy to the Rainbow [in West Hollywood, California] one time, 'cause he never drove; he didn't drive his own car. So I picked him up at his apartment and I had the instrumental track and I played it for Lemmy. So this track has been around for a few years, before Lemmy passed. And I played it for him, and Lemmy goes, 'I wanna sing on that,' which would have been amazing. So when I went to sing the vocal, I'm, like, 'I'm just gonna put the spirit of Lemmy into this and throw down the most gravelly rock and roll vocal I can conjure up."

The debut album from KINGS OF CHAOS is set for release in autumn/winter 2023 via AFM Records. Expect original music and guest collaborations with some of rock's biggest names — including some of today's most talented and iconic female artists.

KINGS OF CHAOS had recorded just one song prior to the release of "Judgement Day": a cover of DEEP PURPLE's "Never Before" for the 2012 tribute album "Re-Machined: A Tribute To Deep Purple's 'Machine Head'". 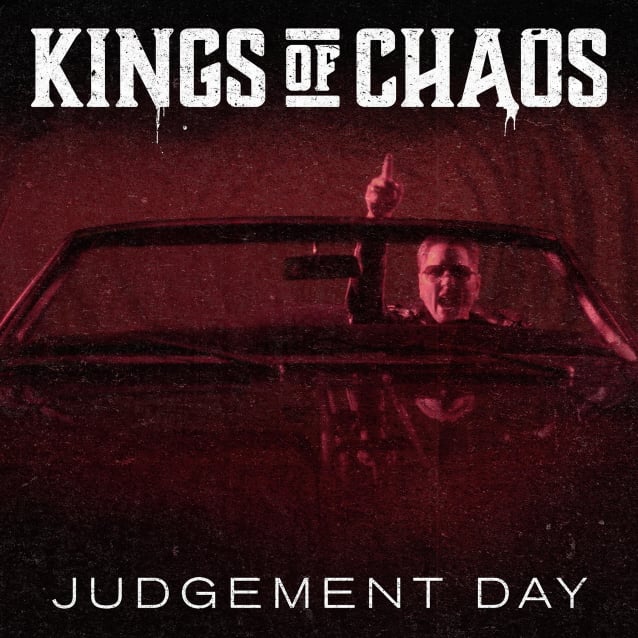