According to Folha De S. Paulo, former SEPULTURA members Max and Igor Cavalera have denied permission to the makers of the band's official documentary, "Sepultura Endurance", to use the group's early music in the film.

The director of the movie, Otávio Juliano, told the Brazilian news outlet that he could not even use footage of early SEPULTURA songs being performed by the current version of the band, which includes singer Derrick Green and drummer Eloy Casagrande alongside two members of SEPULTURA's "classic" lineup, Andreas Kisser (guitar) and Paulo Xisto Pinto Jr. (bass).

"I'd be really glad if [Max and Igor, who own 50% of the rights to SEPULTURA's early material] changed their minds, because they haven't even seen the film yet. There is nothing in this movie that isn't a celebration of everything they've achieved," said Juliano.

Copyright owners of music, which are usually the publishers, have the exclusive authority, backed by U.S. copyright law, to say "yes" or "no" to any license request where audio/visual projects are concerned. This means that the copyright holder can demand any price or deny permission altogether.

"Sepultura Endurance" received its world premiere on May 21 at the Regent theater in Los Angeles. A screening of the film was followed by a question-and-answer session with the band, as well as Juliano.

During a recent interview with The Salt Lake Tribune, Igor Cavalera was asked about his relationship with his former bandmates in SEPULTURA today, more than ten years after his departure from the group. The drummer, who has been celebrating — along with his brother, former SEPULTURA frontman Max Cavalera — the twentieth anniversary of the band's classic album "Roots" by performing the LP in its entirety, responded: "It is negative because, to a certain extent, me and Max believe SEPULTURA doesn't really make sense nowadays, to do what they're doing, and with that comes a lot of anger from their part. But, at the end of the day, we don't really care. This is what we do. And we're really happy with what we have right now. I know a lot of fans appreciate that by coming to see us. I don't know — life's too short to be angry and fighting and doing all this stuff. So I don't really care what they do or what they don't do."

Igor also downplayed the possibility of a reunion of SEPULTURA's classic lineup, saying: "We don't really … Unless it's something really solid — and we haven't seen that from their part — of doing something totally professional and coming together, trying to do something like that. At the end of the day, it would be special for the fans, so it's not like a closed door, but at the same time, we have no time to spend energy with this kind of thing. So we just move forward."

He continued: "The fans know in their heart that we were there in the beginning. Unfortunately, we don't have the name, they continue with the name, but we have paid homage to real great records like 'Roots', and we might do some other ones. And [Rhino Records] releasing all the 'Max years' on vinyl and CDs — it's a great compilation that just came out. We focus more on that and the other projects that I have."

Max added: "I don't really have time to think about what those other guys are doing, and I honestly don't even care. It's whatever, you know? They're gonna do their thing, and we're gonna do our thing. That's pretty much how it's gonna be. I don't listen to their stuff and I don't really care. I just really wanna do what I'm doing, and I'm happy with that."

While stopping short of completely ruling out a reunion of SEPULTURA's classic lineup, Max said: "Right now, we don't even need it. It's been so much of that kind of bad vibes through the years that I don't even know how that would even really work out. I think what [Igor and I] are doing is the closest thing to that, and it works great, it works like a charm. It's amazing. I'm happy just with this. This 'Return To Roots' [tour], for me, it's enough. I don't even need the reunion. For me, this is great, this works just as great. And I'm having fun every night playing the songs that I love and were a big part of my life. But I'm a guy who looks to the future, too, so at the same time I'm doing this 'Roots' thing, I'm looking forward to and excited about KILLER BE KILLED, for the new CAVALERA [CONSPIRACY], for the new SOULFLY. I think, for me, that's more important than a reunion. It's what's in front of you. I'm very pleased with how things are turning out right now, so I wouldn't change anything." 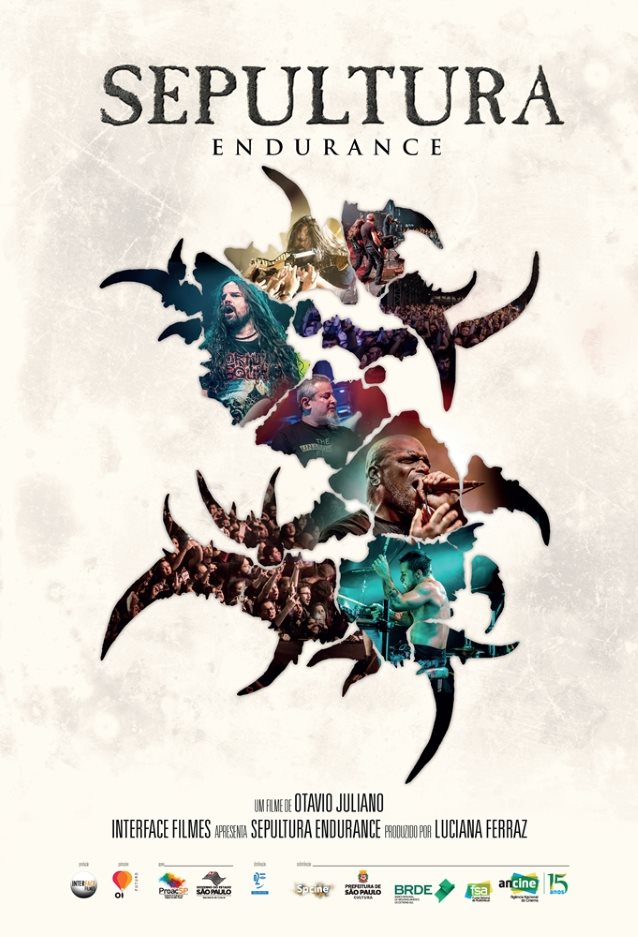