During a recent chat with That Metal Interview, Max Cavalera was asked what his plans are for CAVALERA CONSPIRACY, the band he formed nearly a decade and a half ago with his brother and fellow founding SEPULTURA member Igor Cavalera. "We are just paying tribute to our old records," Max replied (hear audio below). "We played [SEPULTURA's] 'Roots' for a while, and last year, we did a lot of 'Beneath The Remains' and 'Arise' together, and that was great. People love it, fans love it, especially in Europe and South America. Some of the South American shows are on YouTube; you can see [footage from] Mexico and Chile, and the crowd is singing every song. Those records are so iconic; they're masterpieces of that era. So we're gonna do more of that. We're gonna bring it to America, probably in the summer, with probably another cool band, have a cool package. So that's pretty much what I'm doing with Igor right now — just paying tribute to our old stuff."

In a 2018 interview with Wall Of Sound, Max stated about revisiting the "Beneath The Remains" and "Arise" material on the current run of shows: "I had to learn those riffs again for the tour, and I had to rediscover the albums again. It was a really fun process, learning the lyrics again. I kind of fell in love with the albums again. I don't have a favorite — I like both together, and I think they're meant to be together. For some reason, they just feel right when you play them together. I was very young when I made them, so it made me very aware of my state of mind at the time. I feel like I'm pretty much the same guy. I'm [50] now, but I'm still a metalhead in the heart. I still have the teenage spirit. I'm a huge metal fan, [a] huge supporter of metal. That's just how it was when those albums were done. It's a blessing that I get to do that with my brother, especially after all we went through together and we didn't speak for 10 years. Now, it's good — we are in a good place, and our brotherhood is really good, and we're just having fun with this music... There's an energy and a real anger and real passion in those songs that translates into people losing their minds when they hear it. I don't even have to tell them, 'Circle pit' — they will do it themselves. It's just the power of music." 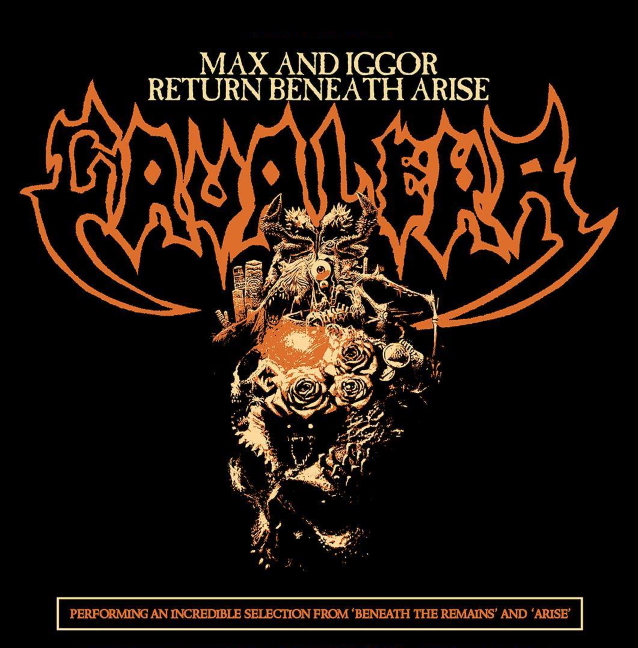