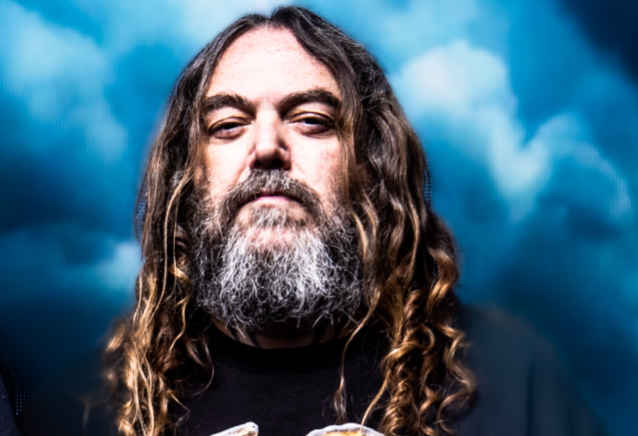 MAX CAVALERA Doesn't Rule Out Celebrating Other SEPULTURA Albums On Special Tours: 'It's Paying Homage To Those Records'

Former SEPULTURA members Max Cavalera and Igor "Iggor" Cavalera have spent much of the last few years celebrating the band's seminal "Beneath The Remains" (1989),"Arise" (1991) and "Roots" albums (1996) by performing them live. Asked in a new interview with the "That Metal Interview" podcast if fans can ever expect to see tours celebrating SEPULTURA's first two LPs, 1986's "Morbid Visions" and 1987's "Schizophrenia", Max said (as transcribed by BLABBERMOUTH.NET): "Yeah, man. Of course. I think there's a reason those tours are successful — it's because a lot of people want to hear [those songs] with the original voice and the original drums. Going back to 'Morbid Visions', the black metal era, [the first SEPULTURA EP] 'Bestial Devastation', that's cool as fuck. I love the raw [nature of it]. It's raw material. It's much less sophisticated songwriting, much more caveman songwriting, but really powerful, really raw. I would love to do those records. And also 'Schizophrenia' and [1993's] 'Chaos A.D.'. 'Chaos A.D.' was a big record for us. That was the [album that broke] the band internationally. It's got great songs like 'Territory' and 'Refuse/Resist', 'Propaganda'. I think when we do the 'Chaos' tour, it'll be a big one. But, yeah, I think eventually we will do all of them. 'Cause I think the fans want to hear [the old songs performed live]. We love to play [that stuff]. To me, it's paying homage to those records that are so meaningful to a lot of people. I get to play them. It's just really, really fun — those are fun albums to play. So I don't see why not."

Late last month, Max and Igor kicked off the fall 2022 leg of the "Return Beneath Arise" U.S. tour.

"Return Beneath Arise" sees Max and Igor performing select tracks from "Beneath The Remains" and "Arise".

Max and Igor kicked off a tour celebrating "Beneath The Remains" and "Arise" back in 2018. Earlier this year, they completed a U.S. leg of the tour featuring Mike Leon of SOULFLY on bass and Daniel Gonzalez of POSSESSED on guitar.