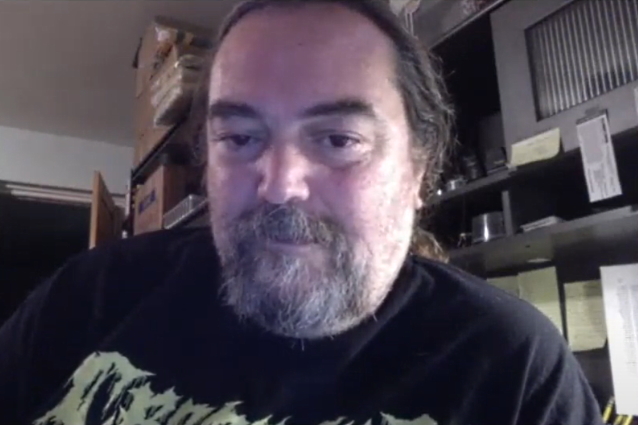 Max Cavalera says that his collaboration with his brother Igor Cavalera is "the only thing" that "sounds close" to the classic lineup of their former band SEPULTURA.

The Brazilian four-piece fell apart in 1996 with the exit of Max after the rest of the band split with the vocalist/guitarist's wife Gloria as their manager. Igor, who plays drums, stuck around with the group for another ten years before leaving SEPULTURA and re-teaming with Max in CAVALERA CONSPIRACY.

Although SEPULTURA has maintained a diehard fanbase in all parts of the world throughout the band's nearly four-decade history, Max-era albums "Roots" and "Chaos A.D." were by far SEPULTURA's most commercially successful, having both been certified gold in the U.S. for sales in excess of five hundred thousand copies.

Asked in a new interview with "General Population With Marco Lesher" what he thinks of his replacement in SEPULTURA, vocalist Derrick Green, Max said (as transcribed by BLABBERMOUTH.NET): "It doesn't bother me. It is what it is. At the end of the day, the fans know what the band was and what it is now, the difference [between the two]. And I really don't care. I'm not bitter. They do what they do; I do what I do. It's been like that for a long time now. But you can't touch the classics; those records that we did [in the 1980s and 1990s]. It still goes, but it is what it is.

Last year, SEPULTURA bassist Paulo Xisto Pinto Jr. said that he has had "zero" contact with Max, adding that a reunion with the band's original frontman would have to happen "naturally."