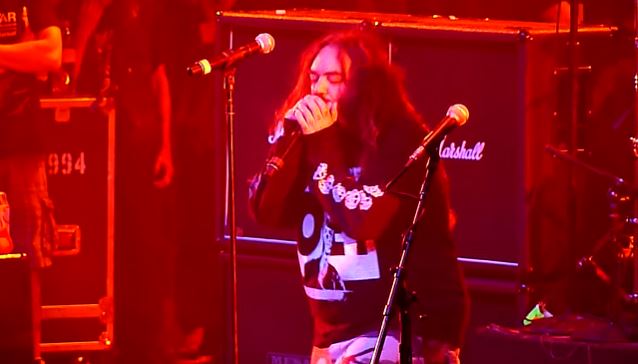 Max Cavalera (SOULFLY, SEPULTURA, KILLER BE KILLED) joined members of ANNIHILATOR and HEATHEN on stage to perform a cover version of the PANTERA classic "Walk" during the infamous all-star jam aboard the 70000 Tons Of Metal cruise, which set sail Thursday, January 22 from Port Everglades in Fort Lauderdale, Florida to Ocho Rios, Jamaica and returned to the real world on Monday, January 26. Check out fan-filmed video footage of the performance below.

SOULFY's ninth CD, "Savages", was released on October 1, 2013. The CD was produced by Terry Date, who is known for his work with such acts as PANTERA, DEFTONES and SOUNDGARDEN, among many others.