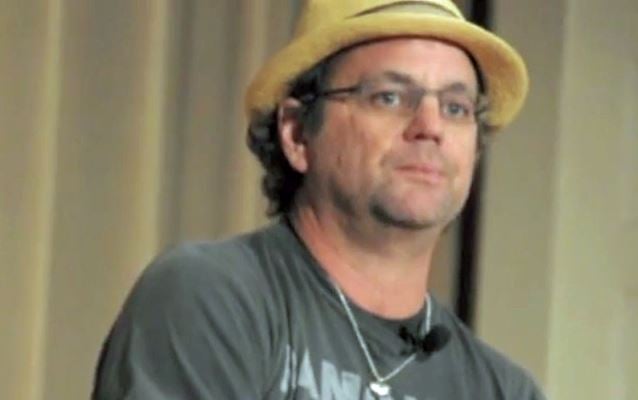 Kevin Lyman (pictured),the co-founder of the annual Rockstar Energy Drink Mayhem Festival, has apologized for his recent remarks regarding the state of the heavy metal scene and the future of the traveling event, explaining that "it is our yearly mission to create the greatest festival for you to come out celebrate and herald heavy metal."

In an article published on Wednesday (July 8) by Detroit Free Press, Lyman was quoted a saying about the difficulties of booking headline-worthy acts for the festival: "The bands at the top all demand a certain level of fee to be on tour. Unlike punk rock, metal never knows how to take a step back to move the whole scene forward. That's how punk rock was. That's how we nurtured punk rock. BAD RELIGION would take a little less than they could on their own to bring the whole scene forward, so we could make sure we had a good [touring] package around them. Metal doesn't seem to have that concern, never has, never has since I was working in the clubs in the '80s. It's always about a 'me, me, me' thing."

Lyman added that part of the problem is the fact that metal's audiences have dwindled as the established headlining acts got older. "What happened was metal chased girls away because what happened was metal aged," he said. "Metal got gray, bald and fat. And metal was about danger. When you went to a metal show, it was dudes onstage; there was some danger in it."

After Lyman's original comments were published on several sites, including BLABBERMOUTH.NET, many heavy metal fans took offense at his remarks, with one person writing: "Why not put together a smaller, BETTER tour lineup with younger bands? Price point reduction, less 'bald, fat, and gray.' May not reach festival size, but more bands = more fans showing up. Summer Slaughter and Metal Alliance have the right idea."

Earlier today, Lyman released the following statement clarifying his comments and apologizing for some of the things he said during the Detroit Free Press interview:

"There has been a lot of talk on the Internet about an interview that was done by me a few weeks ago — and I said some things to a reporter that I now regret.

"Let me go on record saying that I support heavy metal and producing music events has been my whole career.

"I do appreciate some of the comments because it presents sentiments, thoughts and ideas from the heart of the metal community and I'm happy to be reminded of the passion that fans have for heavy metal music.

"For us, it is our duty to be receptive to your thoughts and opinions because it is our yearly mission to create the greatest festival for you to come out celebrate and herald heavy metal.

"We do strive to work our hardest to keep this 'Mayhem' train rolling and it only works with the support of all of us and I'm apologizing for conveying my deepest concerns on the record.

"The article covers some behind-the-scenes genuine concerns regarding the presentation of an event at this magnitude. It costs lots of money and energy to drive the tour, plus it has been a challenge to work with larger acts who will sell the bulk of tickets to these-sized venues while we still have the responsibility to deliver performances by the up-and-comers, who are the headliners of tomorrow. I pride myself that this is something that Rockstar Energy Drink Mayhem Festival has accomplished year after year, assisting in procuring the growth of artists careers such as FIVE FINGER DEATH PUNCH, BATTLECROSS, BUTCHER BABIES and many many more … Our festival has also introduced legendary bands to a new generation of fans, such as MOTÖRHEAD, SLAYER, ANTHRAX and ROB ZOMBIE. We also have the challenge of timing: which band is on a new album cycle? Or which band hasn't already booked their touring? Or which bands haven't played through the same markets too many times? etc. etc.

"Bottom line, we need headliners to put on a production of this magnitude, but in order to fulfill our responsibility to bring fans the up-and-comers. We need the larger bands also so that we can fulfill our responsibility to not only bring you headliners and the up-and-comers (who are the future),but to also continue to maintain our status as the only touring heavy metal amphitheater festival of this size in North America.

"Please accept my apology and thanks for all of your support."