Psycho Las Vegas continues to make waves as it announces its full artist lineup for this year's festival at Mandalay Bay Resort and Casino August 16 – 18. From OPETH's only U.S. performance of 2019 and MEGADETH performing their only Vegas show of the year, to the return of fan favorite ELECTRIC WIZARD, the lineup is sure to create one for the record books. Four stages with more than 65 bands will rock the resort as both first-time and veteran acts bring the biggest and most electrifying Psycho Las Vegas music fest to life.

Also scheduled to appear is TRIUMPH OF DEATH, a brand new outfit established for the sole purpose of the exhumation of classic material from Swiss black metal pioneer Thomas Gabriel Fischer's long-defunct outfit HELLHAMMER. Having disbanded in 1984 to form the massively influential CELTIC FROST, many of HELLHAMMER's songs will see their first-ever live performance in over 30 years during TRIUMPH OF DEATH's appearance at Psycho Las Vegas, which also will stand as the group's first U.S. performance.

A select amount of VIP High Roller passes were just added in conjunction with this insane lineup and are available in addition to the three-day General Admission tickets at Tier 1 pricing for $249 (excluding tax and fees). Tickets can be purchased at VivaPsycho.com and AXS.com. Discount room rates at Mandalay Bay and various MGM Resorts hotels are available. 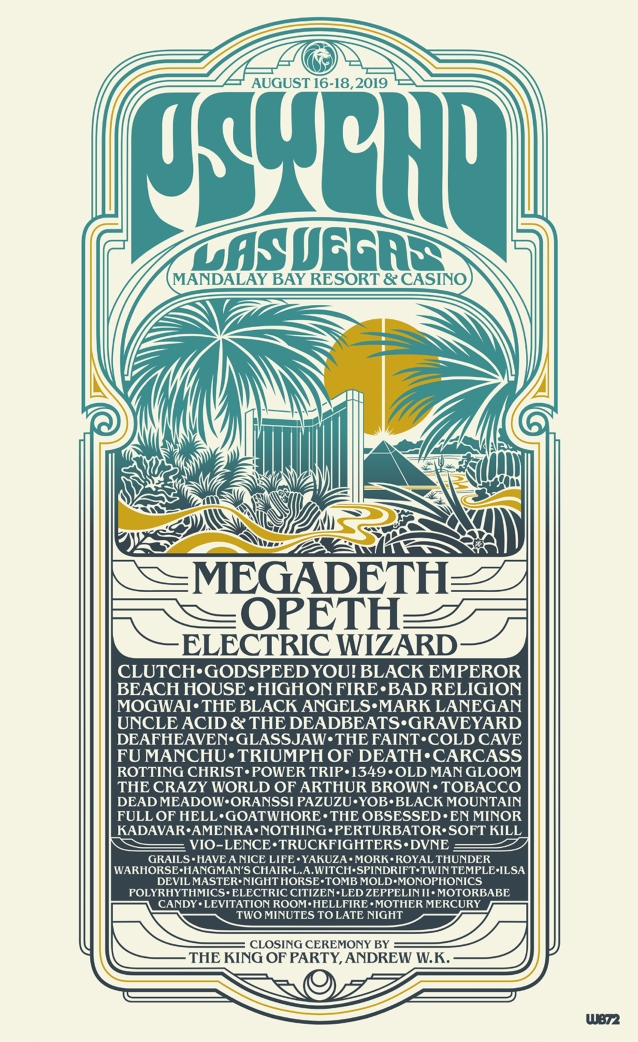