In his memoir, "My Life With Deth", David Ellefson wrote about his early family life, "I loved the farm [where I was raised, about six miles north of Jackson, Minnesota], but I didn't love farming quite so much, so my brother, Eliot, was always the one who was going to take it over from my father when the time came. He showed an aptitude for farming from a very young age. When I started getting into music at eleven or twelve, Eliot was focusing on being disciplined and working around the farm."

"My Life With Deth" was made available on October 29, 2013 via Howard Books. It chronicles the story of Ellefson's fall into addiction during the band's early years, followed by his subsequent recovery and the return to faith which championed the band's rise to fame over the past several decades. The book features contributions from Kerry King (SLAYER),Scott Ian (ANTHRAX),Ellefson's current bandmate in MEGADETH Shawn Drover and also former colleagues Chris Poland and Marty Friedman. 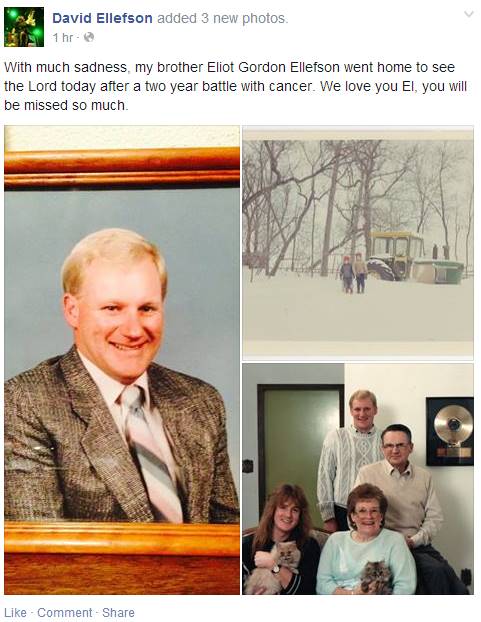