The video podcast, which was was created with legendary Phoenix, Arizona morning radio show host Dave "The Mayor" Pratt, will feature both audio and four-camera video production and each episode will be available on demand. Hosted by Ellefson himself, the first episodes include Frank Bello (ANTHRAX, ALTITUDES & ATTITUDE),Joey Vera (ARMORED SAINT, MERCYFUL FATE) and Ellefson's former "Rust In Peace" bass tech-turned-author-chiropractor Dr. Randall Kertz D.C., whose book "The Bassist's Guide To Injury Management, Prevention And Better Health" has become an industry go-to for medical remedies for musicians.

Says Ellefson: "Dave [Pratt] and I have known each other for over three decades as he and I have done many on-air interviews at KUPD over the years. He really is the mayor of all things radio here in Phoenix, Arizona, so I am honored to have a media home here with him."

States Pratt: "As a longtime rock radio personality, I proudly have shared many successful years with my friend David Ellefson. It is appropriate that he founded Ellefson Coffee Co. as the metal icon is pure energy as a musician and an entrepreneur on many levels. Now you get a backstage pass into David's inner circle through a worldwide pro video podcast. Welcome to 'Backstage With David Ellefson' on Star Worldwide Networks!"

Ellefson adds: "I'm aiming to have this podcast serve as a platform for fun and engaging conversations between friends and colleagues on a myriad of topics, both in and out of music. Nothing is off limits and I'm excited to see where our guests and topics will take the conversation."

Ellefson was in MEGADETH from the band's inception in 1983 to 2002, when the group briefly broke up because mainman Dave Mustaine suffered severe nerve damage that left him unable to play. 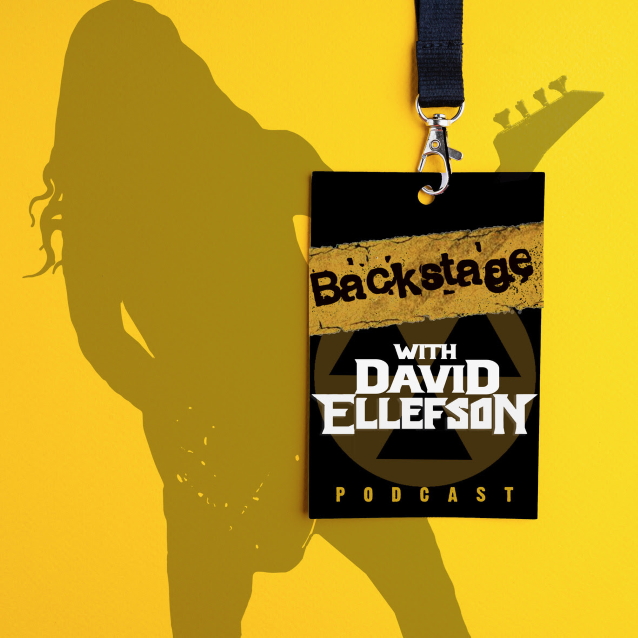