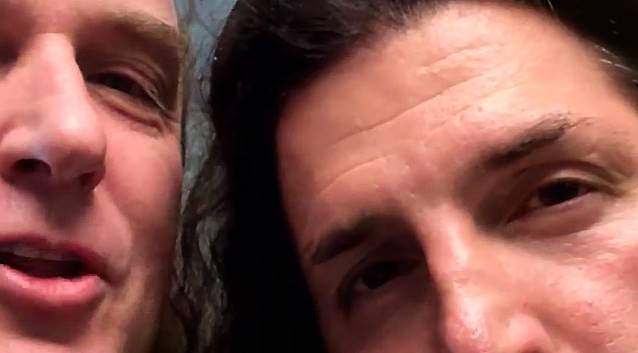 In a recent interview with Full Metal Jackie's nationally syndicated radio show, MEGADETH mainman Dave Mustaine stated about the band's recently completed tour with IRON MAIDEN: "One of the first shows we did, it was actually the Nashville show, we all went to a private club that was shut down, and hung out and had cocktails and stuff, and Shawn [Drover, MEGADETH drummer] went playing golf with Nicko [McBrain, IRON MAIDEN drummer] — a couple of times, as a matter of fact, I think. I know that they played in Las Vegas with Rod Smallwood, [IRON MAIDEN's] manager, and I've talked with Dave Murray [IRON MAIDEN guitarist] and with Adrian [Smith, IRON MAIDEN guitarist]. I saw Bruce [Dickinson, IRON MAIDEN singer] for half a second, because he was pretty busy, but I think out of everybody we saw, we saw Nicko the most. Nicko's probably the most outward-going guy, too. I think the other guys just kind of got that really cool kind of British shyness sometimes that's so respectable, that stiff-upper-lip kind of thing." 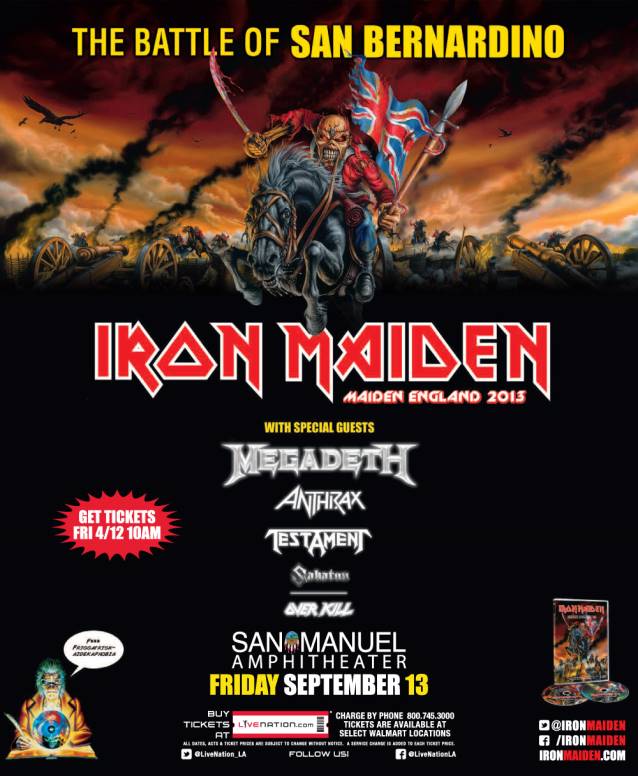