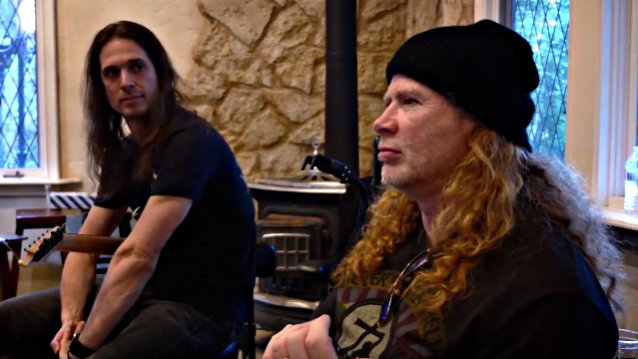 The Affliction Clothing video wrap-up of the first-ever Megadeth Boot Camp — which was described in a press release as "a once-in-a-lifetime experience for the ultimate MEGADETH fan" — can be seen below. The event took place on March 10-12 on MEGADETH mainman Dave Mustaine's private estate in Fallbrook, California.

As part of the premium boot camp package, guests camped in a private furnished bell tent with beds and a lounge. Premium ticketholders were also provided breakfast, lunch and dinner each day, gaining priority access to various workshops and exclusive access to the intimate acoustic performance from MEGADETH.

Fans opting for the $2000 second-tier package stayed at a hotel fifteen minutes away with shuttle service to the estate each day.

Over the weekend, attendees were getting the opportunity to meet members of the band at a question-and-answer session, participate in guitar, bass and drum clinics, drink coffee from bassist David Ellefson's boutique coffee brand Ellefson Coffee Co. with Ellefson himself and go to a wine-tasting session with Mustaine. There was also time allotted for campfire stories with bandmembers.

Ellefson, who is a pastor in the Lutheran church, also conducted a "contemporary non-denominational service" at the event, dubbed "Megadeth Church." 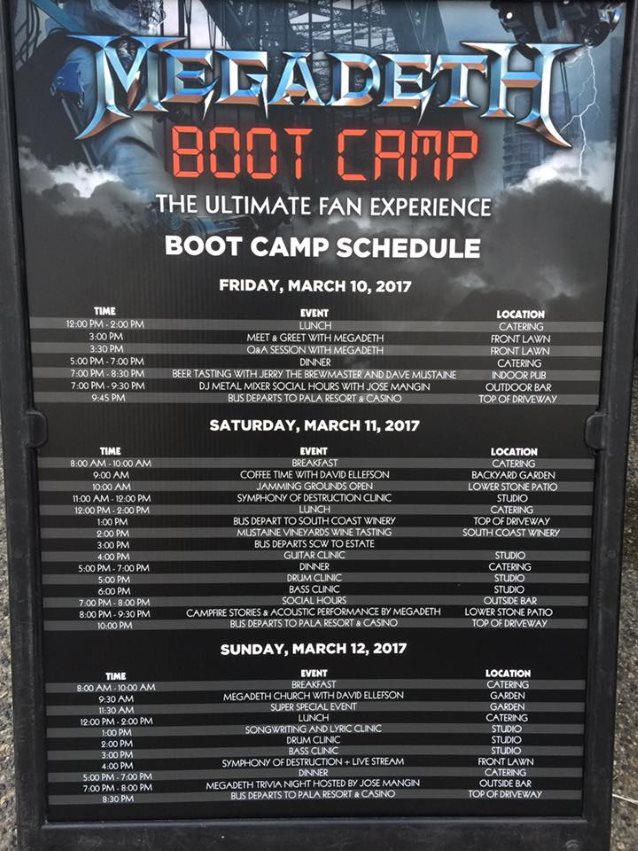