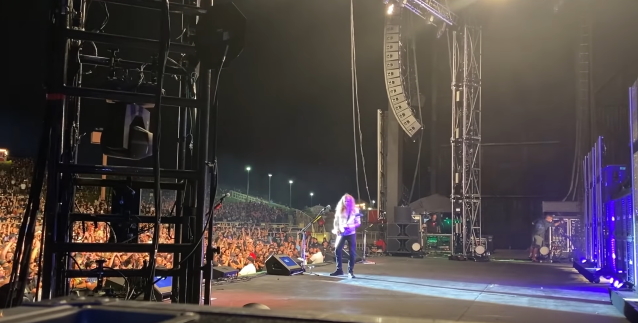 MEGADETH: More Behind-The-Scenes Video From 'The Metal Tour Of The Year'

MEGADETH guitarist Kiko Loureiro has uploaded a new 16-minute behind-the-scenes video from the band's recently completed "The Metal Tour Of The Year". Check it out below.

Kiko wrote in a message accompanying the YouTube release of the clip: "More behind the scenes of the MEGADETH tour."