MEGADETH has apparently decided against re-signing with Roadrunner Records for the follow-up to last year's "TH1RT3EN". Writing on his official Twitter account, MEGADETH mainman Dave Mustaine stated, "Today [Sunday, December 9] marks the end of an era with Roadrunner @rrusa. Hopefully we can finish strong with a #Grammy."

In 2009, Mustaine blasted Roadrunner in an online post, writing, "Kudos, Roadrunner, the is the first worldwide critically acclaimed record by the press, and the fans, and you just can't seem to get this right. This is the first time that everyone likes a record of mine, and you can't get us on the radio or into the stores.

"I can't tell you how many stores I go into while on tour and I see nothing. And all I hear from [Roadrunner] is, 'We are committed to the record.'

A year later, Mustaine wrote, "We're getting ready to start the next MEGADETH record in January and the funny thing is my manager is telling me now how Roadrunner is going out of their way now to try and give me this new huge deal, and I just don't want it. I don't want it. The treatment's been terrible over the years, and I just don't want it. I would rather retire than continue to play like that. Either we're gonna release digitally or [see] what happens next. We've got this last record [that we owe to] Roadrunner [as part of our current contract]; it's gonna be a great record 'cause the songs are really, really good. 'Cause I don't want my side of the bargain to be tainted — I wanna be a gentleman and be respectful and deliver my side of the deal, whether or not the other party has or not."

"TH1RT3EN" has sold around 119,000 copies in the United States since its November 2011 release, according to Nielsen SoundScan. A track from the CD, "Whose Life (Is It Anyways?)", is nominated in the "Best Hard Rock/Metal Performance" category at the 55th annual Grammy Awards, which will be held on Sunday, February 10, 2013 at Staples Center in Los Angeles. 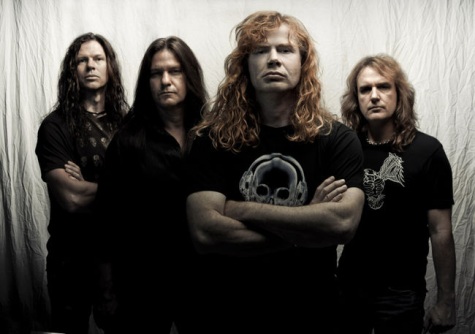