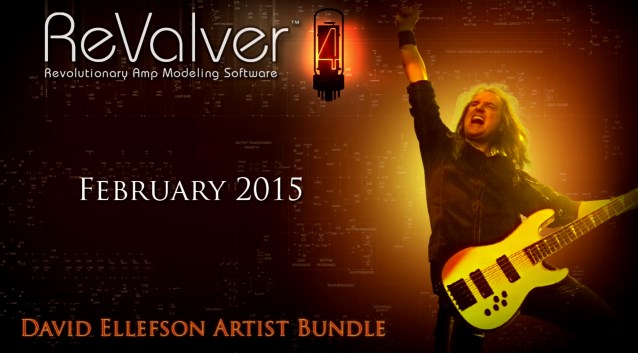 "When Peavey approached me about introducing bass amp models to ReValver and developing a signature bundle, the thing that excited me the most was the opportunity to model my whole rig from the instrument, to the amp, to the cab," said Ellefson. "While I've always been aware of the depth at which Peavey models amplifiers, I think their ACT technology, which they use to model instruments, is pretty amazing. The results I've heard in the modeling process are really exciting. I hope this bundle will help players find their sound like I did. But mostly, I hope it makes them excited about playing."

The bundle features the "Hangar 18" bass amp and cabinet, modeled after the head and cab Ellefson has played to sold-out audiences all over the world. Peavey has also leveraged its ground-breaking ACT (Audio Cloning Technology) process to capture instrument models of the bass guitars most associated with Ellefson.

To round out the bundle, Ellefson has personally created a bank of presets that recreate the sought-after signature sounds from throughout his career.