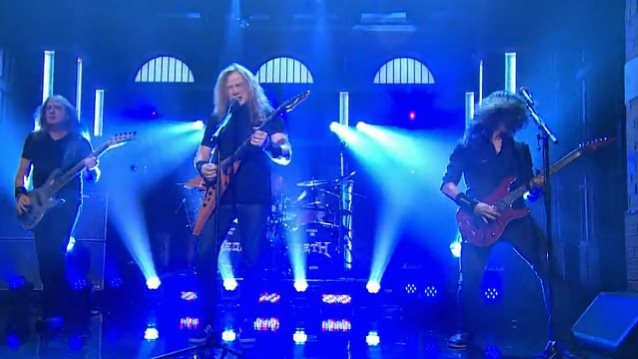 MEGADETH performed two songs — "Dystopia" and "Tornado Of Souls" — on the Thursday, December 15 edition of "Late Night With Seth Meyers". This was MEGADETH's "Late Night" debut. Check out video footage of the band's appearance below.

This past Tuesday, MEGADETH performed at the Revolver Music Awards at Webster Hall in New York City. One day earlier, they played a "secret" show — billed as VIC AND THE RATTLEHEADS — at Saint Vitus in Brooklyn, New York.