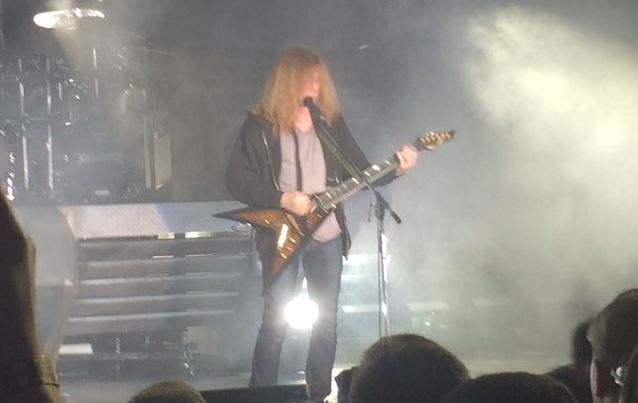 Drummer Chris Adler was unable to join MEGADETH at the event due to his commitments with LAMB OF GOD and was temporarily replaced by Tony Laureano (ex-DIMMU BORGIR, NILE, ANGELCORPSE),the veteran extreme-metal skinsman who has worked as MEGADETH's drum tech since 2011.

MEGADETH filmed a video for the song "Post American World" late last month. The track is taken from the band's latest album, "Dystopia", which came out in January.

"Dystopia" shifted 49,000 equivalent album units in the U.S. in its first week of release. In terms of pure album sales, "Dystopia" opened with 48,000 copies, marking MEGADETH's highest-charting album since 1992's "Countdown To Extinction" debuted and peaked at No. 2 on the chart dated August 1 of that year. "Dystopia" also logged the group's best sales week since 2007, when "United Abominations" landed at No. 8 with first-week sales of 54,000. 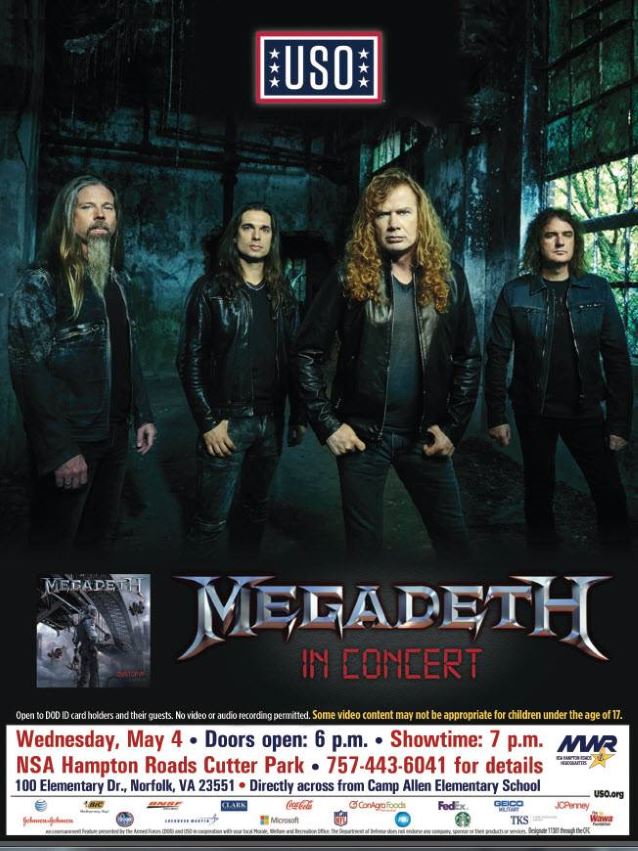