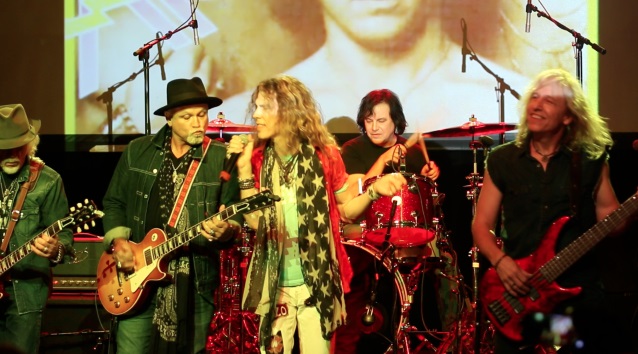 Iconic American rock guitarist Ronnie Montrose will be saluted by a stellar rock-star lineup whose own careers were influenced by the legendary and powerful Montrose sound at "Ronnie Montrose Remembered" — one of the most-talked-about shows of NAMM 2018.

This celebratory concert highlighting Montrose's career will feature his greatest hits from early MONTROSE, EDGAR WINTER, VAN MORRISON, GAMMA and more. The event is set for 7:00 p.m., Saturday, January 27 at The Observatory in Santa Ana.

Hosted by "That Metal Show"'s Eddie Trunk, the incredible all-star featured performers so far include:

Tickets are $25 at this location. Press passes are available on approval. V.I.P. Packages are available for $75 which include access to the private V.I.P. artist meet-and-greet area with photo ops, red carpet access, backstage access, with a private full bar.

Former MONTROSE lead singer and event producer Keith St John says new iconic names are being added to the lineup literally every day. St John was with MONTROSE for the last 13 years of Ronnie's life. The band was on top of the charts in the 1970s when Sammy Hagar was vocalist, with tunes like "Rock Candy", "Bad Motor Scooter" and "Rock The Nation". When St John teamed up with Montrose, they continued to entertain until right before his death, filling clubs and festivals around the world. St John wrote many unreleased tunes with Ronnie Montrose, some performed at concerts throughout the years.

After a long battle with cancer, it has been almost six years since Montrose ended his life and St John wants the guitar great's legend to continue. "Ronnie's contribution to rock music in the early '70s heavily influenced the up-and-coming American rock guitarists for next two decades more than he probably ever realized or gave himself credit for," he said. "I just want to give those who really appreciate Ronnie the chance to get together in a loving dynamic concert setting where we can really dig in and enjoy each other through the commonality of his music."

One of the event's featured guitar players, Tracii Guns of L.A GUNS, says this about Montrose: "I grew up listening to Ronnie from a very young age, and I honestly would like to say that in all sincerity the MONTROSE song 'Rock Candy' is approximately one third of my entire style of guitar playing. The very first time I saw him play was on the 'Midnight Special' TV show back in the early '70s. The bands raw energy blew me away! Getting to play that song last year with Keith St John, who nails that song with an energy that magically captures the vibe they created it with in the '70s, was a total thrill and my dream come true as a guitar player. This January 27th is destined to be another celebration of pure Ronnie magic. I can't wait!"

Updates to the performer list are being made daily at the event's web site. 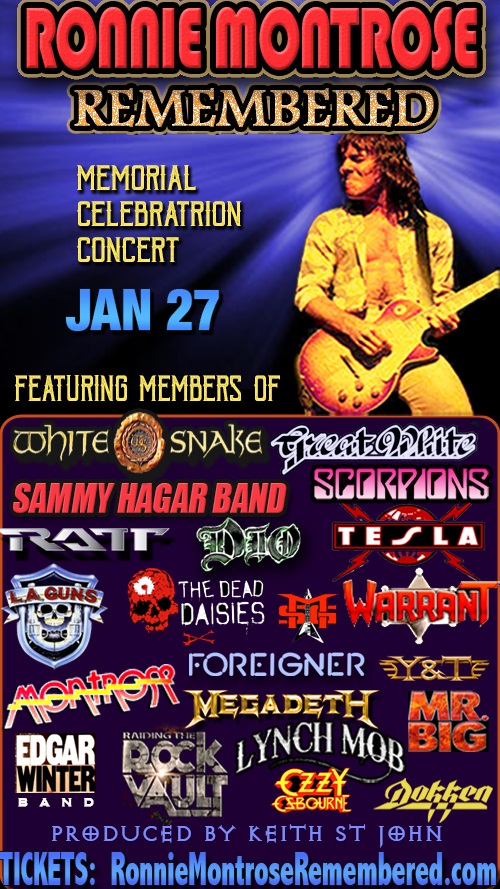