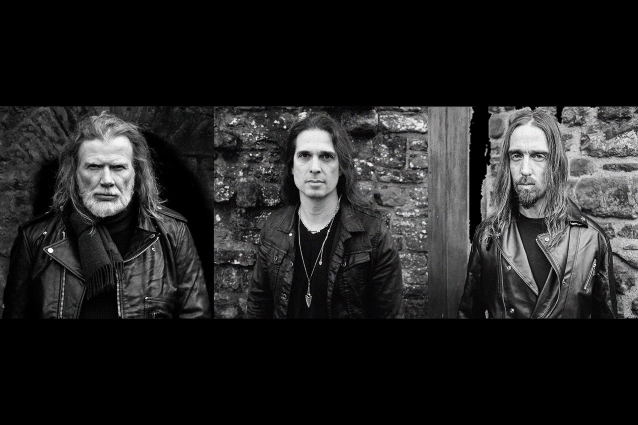 MEGADETH has officially completed the recording process for its long-awaited sixteenth studio album.

Earlier today, MEGADETH leader Dave Mustaine shared a photo of him in the studio with his engineer, and he included the following caption: "Sending the album in for mixing. Final step. I can't wait to play the new songs for you! #Megadeth @megadeth".

On May 24, Mustaine — who formed MEGADETH with Ellefson in 1983 — announced the bassist's departure from the band. Two days later, Ellefson released a follow-up statement in which he vowed to file a "defamation lawsuit" against the person who "illegally posted a very private video" of the bassist and made "false allegations" against him. He also said he was working with the police in Scottsdale "in their investigation into charges regarding revenge pornography to be filed against the person who posted the video. This person will be prosecuted to the fullest extent of the law," Ellefson wrote. He went on to say that he was "taking this time to be with my family" and wished his "bandmates" the best with their upcoming tour.