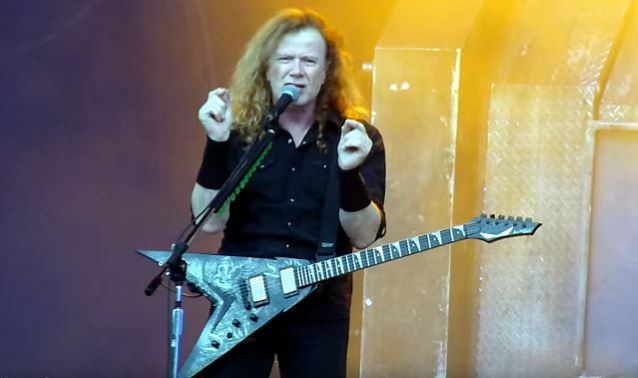 Dave Mustaine has told Metal Hammer magazine that MEGADETH will tour the world with BODY COUNT, the metal band fronted by hip-hop legend, actor and director Ice-T, next year.

Mustaine and Ice-T had previously teased an upcoming collaboration on social media.

The MEGADETH mainman now says: "We're talking about a very large tour next summer with five bands on it with us. It's going to be more of a guest appearance than a direct support kind of thing.

"We've been looking at a lot of interesting acts, but for me I don't always try and pick out the flavor of the month — I have loyalty to my friends.

"I always thoughts that BODY COUNT, while if not for everybody, I thought it was great. It's not your normal metal band. It's cool to see somebody crossing over from the hip-hop world into the metal world.

"I think it's great to be open-minded about different people from different backgrounds."

BODY COUNT is working on their new album titled "Bloodlust", to be released next year through Century Media.