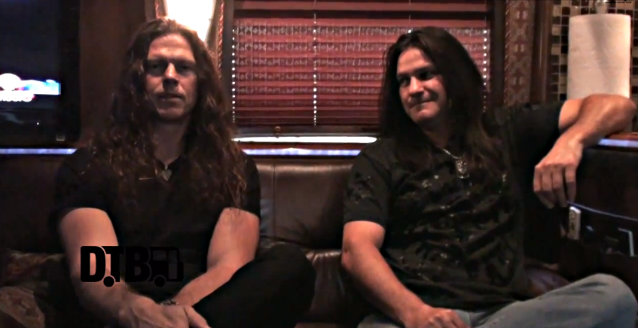 Each episode of "Tour Tips" (Top 5) features a touring act sharing five pieces of advice for artists who want to hit the road. In this episode, which was filmed on July 19, 2013 in Milwaukee, Wisconsin, Chris Broderick and Shawn Drover from the legendary metal band MEGADETH share their tips for being on the road during Gigantour.

MEGADETH's tour with FEAR FACTORY and NONPOINT kicked off on November 23 in St. Paul, Minnesota.