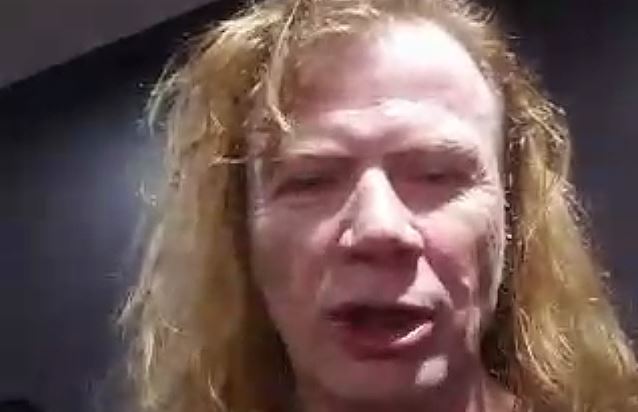 MEGADETH mainman Dave Mustaine has uploaded a video message to his Periscope account in which he slammed his former guitar tech as a "total waste of skin and life" after an apparently less-than-ideal show Wednesday night (October 21) in Brisbane, Australia that resulted in the tech being "fired." Mustaine went on to "apologize" to the MEGADETH fans in Brisbane, explaining that "deserve way better than this jerkoff did tonight." He added: "MEGADETH is much better than what we appeared tonight." He then got one last dig in, saying to the video camera: "But you know what the funny thing is? He has to live with himself. And as of like right now, I'll never see his stupid ass again." 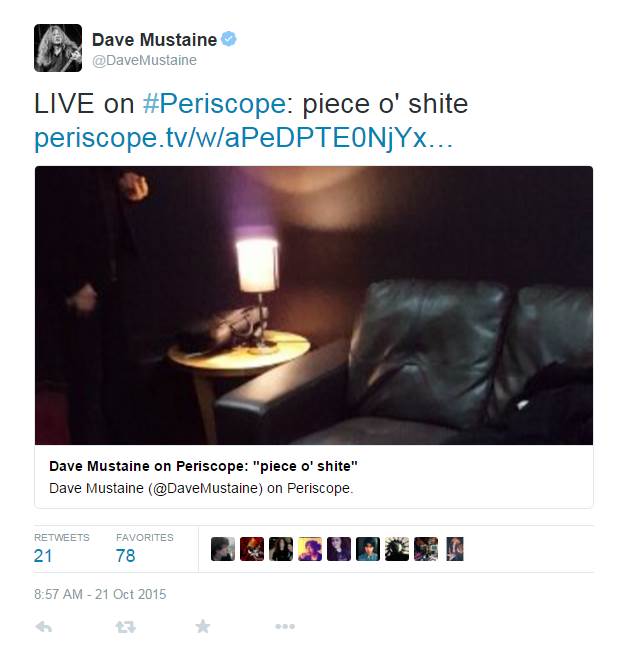