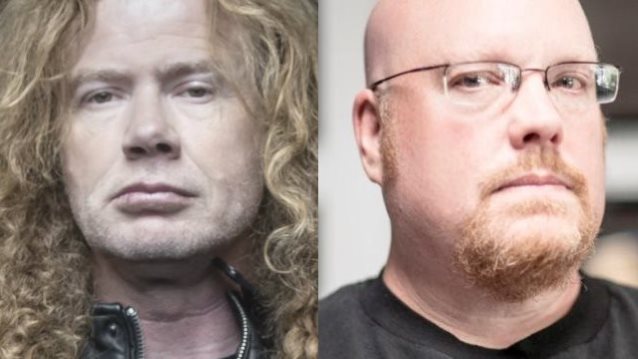 The source of Mustaine's ire appears to Slagel's account in the book of how the label honcho tried to sign MEGADETH to Metal Blade early in the band's career, only to be outbid by Combat Records.

Slagel wrote in the book: "The only band that I didn't get that I wished I had was MEGADETH. It was between us and a brand new label called Combat, which was part of the Important distribution firm that we'd started working out with. Late in 1984 they'd decided that the whole metal thing was starting to happen and they wanted to get on it by creating their own label. The first band that came onto their radar (and ours at the same time) was MEGADETH. In the end, it came down to just a thousand dollars. We had offered them seven thousand dollars, but Combat offered eight, so they went with Combat.

"With hindsight, especially given what MEGADETH became, I've often thought, 'Well, maybe I could have gotten a little more money together.' But really, at that time, seven thousand dollars was absolutely the most we had ever offered anybody. Most of the stuff we were doing involved spending $1,600 to maybe $3,500, at the high end, to make a full record. Seven grand was a lot of money. I remember Dave Mustaine writing me a really long, heartfelt letter saying how he really wanted to be on Metal Blade, but it just wasn't meant to be."

After Slagel sent out a tweet on Monday (October 23) promoting the book, Mustaine fired back a response, writing: "If the fallacy of offering us a deal for $7,000 is any indication of the rest of this book, I hope it's marked fiction. I'd never sign with you."

A short time later, Slagel responded to Mustaine's tweet, saying: "I'm so sorry if I got this wrong or offended you. I do remember talking to your camp at the time. If my memory is wrong, again, not intended."

Mustaine then came back with: "I totally forgive you, but you didn't talk to us. Please take that out of your book at your next printing and good luck with your project." He added in a later tweet that "there was no offer, no discussion, no letter," but confirmed that he has known Slagel for "thirty-seven years."

"For The Sake Of Heaviness: The History Of Metal Blade Records" was released on August 29. The book, which was written by Slagel with Mark Eglinton, features a foreword by METALLICA's Lars Ulrich.

Slagel told Loudwire in a recent interview that there were several other bands that he would like to have signed and developed via Metal Blade. "There's a few that I messed up on," he said. "Obviously METALLICA in the early days. If I had some money and they had some money, we probably would have done the first METALLICA record, but neither of us had any money. Same thing with MÖTLEY CRÜE. When they first put out their record, they came and said, 'Hey, we have nine hundred MÖTLEY CRÜE records. What do we do with them?' I said, 'Oh, take them to this distributor.' I didn't have a label or record at that point.

"The only other two that I kind of messed up on was, and not that we would have ever signed GUNS N' ROSES, but when they were playing in L.A. in the '80s, people said, 'Go see them! They're great!'" he continued. "I knew their manager. I said, 'Nah, they look glammy,' and I wasn't really into that scene, so I never went to see them. But we did end up working and doing marketing on 'Appetite For Destruction', so we got a little bit in there. And then the other one was PANTERA 'Cowboys From Hell', where we knew their management really well. I knew those guys before when they were in their early incarnations, and the management came and said, 'Hey, we have this record out but we need a significant amount of money because they spent a bunch of money to make it.' I was, like, 'Eh.' We might have been able to scrape it together because we were kind of sort of at Warner Brothers at that time, but it just didn't work out. Oops, oh well."

If the fallacy of offering us a deal for $7,000 is any indication of the rest of this book, I hope it’s marked fiction. I’d never sign w/you https://t.co/fNZq0waPL0

I’m so sorry if I got this wrong or offended you. I do remember talking to your camp at the time. If my memory is wrong again not intended https://t.co/QhkXjcczHE

I totally forgive you, but you didn’t talk to us. Please take that out of your book at your next printing and good luck with your project 🕊 https://t.co/9N25ACQLmd 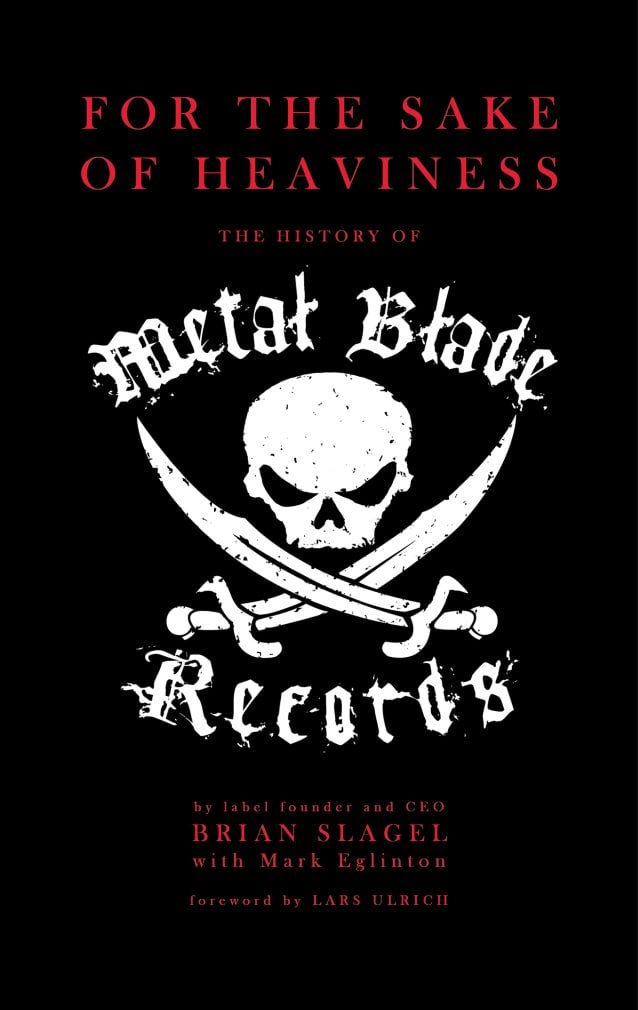