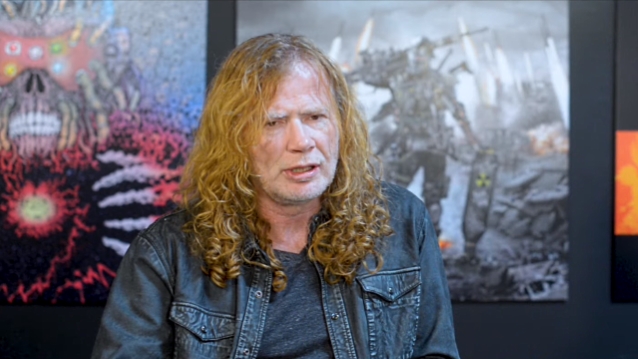 A two-minute video in which Mustaine talks about the making of the MEGADETH song "Rattlehead" for "Death By Design" can be seen below.