ELLEFSON, the solo band of MEGADETH bassist David Ellefson, will release its covers album, "No Cover", on November 20 via earMUSIC (Europe) and Ward Records (Japan). The effort will be made available in conjunction with Ellefson's revived Combat Records, which will issue the album in North America via Amped.

ELLEFSON's music video for its cover version of the CHEAP TRICK song "Auf Wiedersehen", taken from "No Cover", is available below. The track will be released on all digital outlets on October 9.

ELLEFSON has cited some unexpected medical situations for pushing back the "No Cover" release date by more than a month. Vocalist/co-producer Thom Hazaert states: "There's no easy way to say it, but in July, right in the middle of recording the album, I had massive heart failure and went into full cardiac arrest. My heart literally stopped for several minutes, and I was revived at the hospital. There was a long recovery, but we managed to finish the record, and secure amazing deals with our friends at earMUSIC and Ward, but obviously we had to revisit our timeline a bit. And literally, maybe a month and a half later we were in Los Angeles, at Al's house, shooting the video for 'Auf Wiedersehen'. I'm just extremely humbled and thankful to be here to be able to, not only, finish this incredible record, but be able to see it released worldwide with incredible label partners, which really almost wasn't the case."

He adds: "Originally we had envisioned 'No Cover' as a smaller, limited-release 'quarantine project' we were doing for fun with a bunch of our friends, really just to not have to release our studio album during the pandemic. But as it neared completion, and we really got to see what it was turning into, we realized it was worthy of so much more. I have a long history and friendship with Max at earMUSIC, and they are an incredible label, and home to some of our favorite artists, and friends — ALICE COOPER, DEF LEPPARD, and more — and we are ecstatic to be able to partner with them for not only this release, but future ELLEFSON releases as well. Ward had already released 'Sleeping Giants' for us last year in Japan, and we had secured a deal with them for our upcoming 2021 studio album, so it was a natural fit when we went to them with the idea of partnering with us on 'No Cover'."

Adds Ellefson: "It really was a crazy, whirlwind process, not only making such an involved album so fast, but also remotely, during a pandemic, with not only dozens of guests, but the entire band, spread around the globe. And then almost losing our singer in the middle of it. But at the end of the day, it turned out better than any of us had hoped, and really was one of the most fun records I've ever made. It's been great to pull so many great and positive things out of 2020, despite all the challenges."

You can pre-order now on CD, LP and cassette, or in a deluxe bundle with an exclusive t-shirt.

Ellefson says: "Before any of us started writing our own songs, we all began playing cover songs by our heroes during our formative years as musicians. So it's fun to go back in time and revisit those songs which helped us to become the artists we are today, especially when, ironically, many of those artists have now become peers and friends.

"During the process of recording some covers for B-sides and bonus tracks for the upcoming ELLEFSON solo LP, Thom and I just said, 'This is a blast. Let's just do a whole album of covers.' Literally, within two weeks, we had the songs recorded, and began calling our friends to join us, many of whom we had just performed with on the Megacruise back in October. From there, the album just fell into place."

He continues: "A lot of our buddies have been playing covers and quarantine jams on the Internet during the pandemic, so this is really just an extension of that, but we took it the next level and actually recorded a full studio album. We've been working remotely anyway, as we're all over the globe, so it was easy to incorporate some guests jumping in with some outstanding performances of their own. It's been a really fun nod to making great music with our friends, who are kick-ass players, and many legends in their own right, which is the whole reason we got into this in the first place."

Says Hazaert: "It's all songs and artists that really mutually influenced both myself and David, especially a lot of early 'metal' and harder classic rock. Some stuff I picked, some stuff he picked, but for the most part is was all artists that we both loved. What's funny, as there's a bit of an age gap, we were sometimes more influenced by different eras of the same bands. But it was really him saying, 'Let's do this song,' and me saying, 'Yes!!! And let's do this song.' And before we knew it, we had over 15 songs. And it's a lot of album tracks, deep cuts, early tracks, stuff people might not expect, which was what was so fun."

He adds: "It was also great that we were able to work in a lot of nods to David's history, getting Chuck Behler to play with us, bringing in original MEGADETH guitarist Greg Handevidt to play on 'Love Me Like A Reptile', a song they used to play in cover bands together before they moved to L.A. (which we wrote about in 'More Life With Deth'),and Randy Burns is going to mix a track or two. As a singer, these are literally bands I've listened to, and covered all my life, and for me, getting to play with Eddie Ojeda, the TESLA guys, Charlie Benante, Jason McMaster, Mark Slaughter, etc, and sing these songs that mean so much to me. I mean, literally, the entire record is my bucket list of people I'd love to play with, and some of my favorite bands. So, it's truly an honor to put together something so fun, and really as effortless as this was. It truly is a love letter to rock n' roll, an homage to what made us, musically, who we are today." 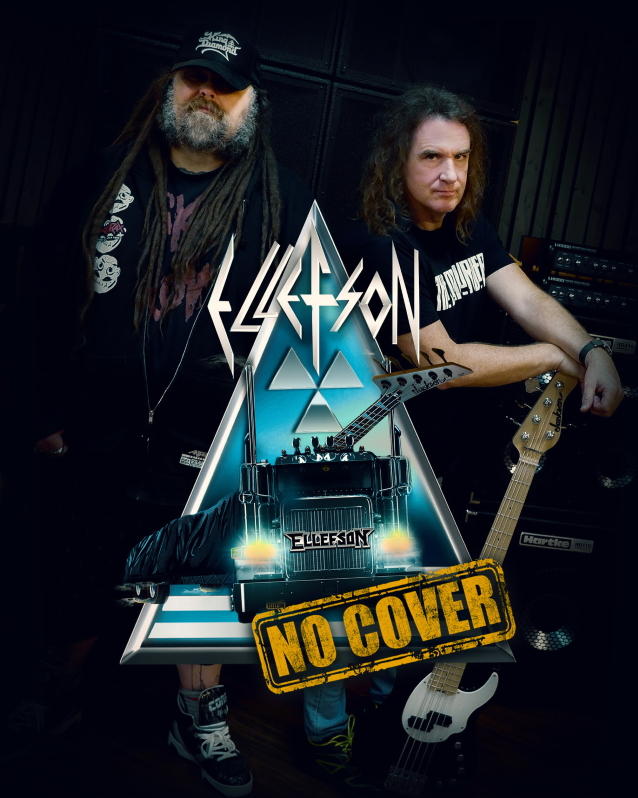