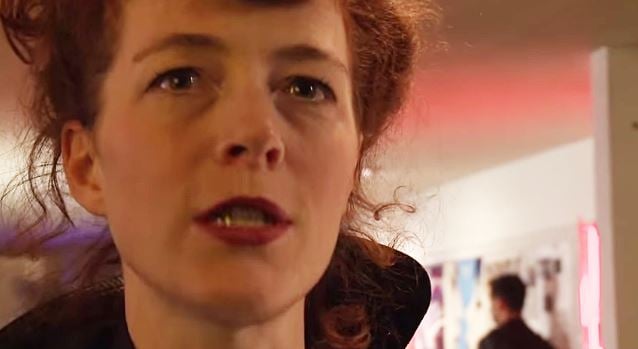 In a brand new interview with The Guardian, former HOLE bassist Melissa Auf Der Maur spoke about what it was like reconnecting briefly with the band's mid-'90s lineup and the possibility of a full-fledged reunion with Courtney Love, Eric Erlandson and Patty Schemel.

"Courtney described it as, 'we went on a date, but we did not make out.' That's what I can say," Melissa told The Guardian. "But it was fucking beautiful to be in the same room with them for the first time in aeons. That was special. It was truly beautiful, and there was a group hug. That's as far as it's gone. Now I'm back to being a mother and having a big old factory."

Love in July ruled out having a HOLE reunion concert. She told the Philippine Daily Enquirer that she was working with guitarist Eric Erlandson but was unlikely to tour with the entirety of the band. "I don't want to get on the oldies circuit," she said. "I don't need to do that for money. I want to put out music that is relevant today. Being one of the last chicks in a rock 'n' roll band is a weird place to be. It's scary not to be selling out."

In a later interview she said, "It's tough to put HOLE back together and make sure that it’s relevant."

Love previously spoke about the possibility of a HOLE reunion in May, when she said that the band would get back together once she's done with her solo shows. She said, "The problem is just that the HOLE camp are like, 'Can you get this over with?' And I'm like, 'OK, we don't have to worry about anything, festivals, etc., if we do this.' We have to dot the 'i's and cross the 't's."

The "Celebrity Skin" lineup of HOLE played together from 1994 to1998, between the arrival of Melissa Auf Der Maur, who replaced the group's late bassist Kristin Pfaff, and the departure of drummer Patty Schemel, who left the band over differences with the "Celebrity Skin" producer.

The lineup played its first songs together in 15 years — "Miss World", off "Live Through This", and a cover of THE WIPERS' "Over The Edge" — in April 2012 at an after-party for Schemel's documentary.

Melissa Auf Der Maur is the creative director of the Basilica Hudson, a 19th-century-factory-turned-community-art-space that she and her filmmaker husband Tony Stone purchased in 2010.