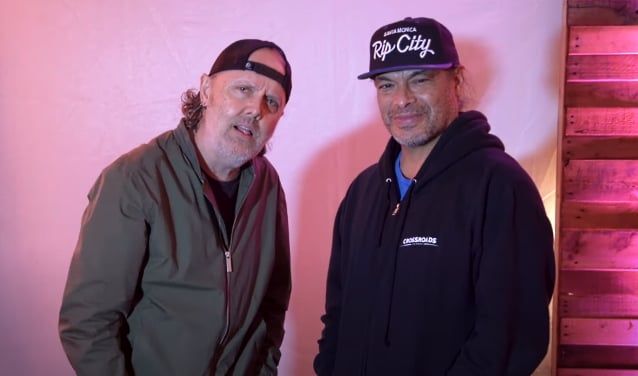 Four months ago, MACHINE HEAD announced that it was abandoning plans to resume its "Burn My Eyes" 25th-anniversary tour now that the pandemic is slowing down. Flynn said that the "Burn My Eyes" tour, which saw him and MacEachern play the band's classic debut album in its entirety for the first time ever, with original "Burn My Eyes"-era drummer Chris Kontos and Mader joining in, would not pick up at such a time as MACHINE HEAD can continue touring. Flynn also confirmed that MacEachern is still a member of MACHINE HEAD alongside new recruits, guitarist Wacław "Vogg" Kiełtyka (DECAPITATED) and British drummer Matt Alston